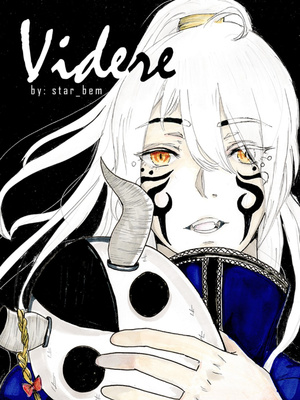 In a world where 18 human-kind reside, their traits & power can only be passed to their children. Born from a loving Wraith father, and wise Satori mother, Videre and his sister struggle to understand their own unique power.

Allied with the Sorcerer's Nation, the Lycan Kingdom's King Alpha didn't think twice to trample over the weak. Though Lycans are one of the strongest human-kind, they are mentally weak, thus their other enemy besides the Strzyga (Vampire)--the highly intelligent, telepathic Satori.

After witnessing the death of their parents, the hybrid siblings lived their imprisoned, abused life inside the Lycan dungeons as tools of interrogation for King Alpha, until they're saved by another hybrid--a half-Lycan that dreamed of change.

But freedom comes with a price.

Escaping death from the hands of the hunting pack, Videre chances upon a cave. Falling. Drowning. Surviving. Living. And then, loving. He finds the secret city of the Great War's refugees, including the Hunter-kind. When he thought he can now settle down to heal slowly from painful memories & train with his newfound entity of a "best friend", he discovers the reason why he was allowed to know the secret, exiting the secret city, starting Aovialutre's quest, and eventually unveiling the truth of his family's murder.

But who said his "friend" allowed Videre to leave him behind?

"Don't think I'll let you off easy for leaving me". whispered the best friend, as he chases after his runaway wife.


Character A: Help me achieve greatness!

Character B: Help me achieve a great relationship!

Main Character: Who are you???


Author: This is a boy x boy supernatural story centered around a world/society where there are 18 human-kinds. If you like BL, then I hope you give this story a chance to read and enjoy :))

Also, cover photo not mine. I just tweaked it a bit to show how I imagine Videre's markings would look like after he comes of age ;-;