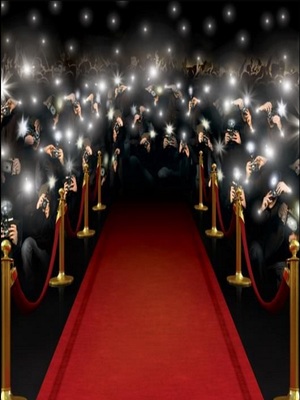 It was a beautiful morning in the city of London. The birds chirped and the trees swayed in rhythm. Sunshine had shone through the blinds and illuminated the modern & stylish apartment. James Li was laying on his bed contemplating about the last 2 years. He had left University with a beaming smile and an impressive resume in hand that left Talent agencies eyeing him eagerly. But that once smug smile that came from the continuous praises and jealous looks had been wiped off his face after his first TV series under the well known S.T.A ( SilverStar Talent Agency) turned out to be a huge flop. Why? Because the director was found having an affair with the female lead. Investors pulled out and the series got dropped. This wasn't the first occurrence as all movies and series following this event also failed in a manner of ways. Examples were huge electric outages around the set that delayed them for months and this time period was long enough for other Series/Movies to be prioritized or the Actors part of it being caught up in huge scandals

So what was the problem? Fortune. From start to end any movie or TV series he played a part in no matter with it was a big role or a small one failed. 2 unsuccessful years of hardship and disappointment led him to in even worse conditions from when he graduated. If anyone were to find out about his situation they would think he was cursed by an evil spirit.

Sighing, he picked himself out of bed and did the average morning routine before sitting in front of my laptop with a cup of coffee in hand whilst listlessly scrolling through his emails to see if his agent got any work for him to do and he did. He got James and audition for two movies.

Hostage. A movie where an Ex-Special forces soldier, Ryan, gets the bank he goes with to his family caught up in a robbery. The police are pressured and its all down to Ryan to sort the situation out. James played as one of the senior police officers at the scene.

The other movie is based on the Madoff Investment Scheme where $65 b was stolen through the use of the Ponzi scheme where James plays as one of Madoff's sons. (https://en.wikipedia.org/wiki/Madoff_investment_scandal). Both had good roles and the movies were on quite a big scale.

James's agent also said that there were other movies but he brought it down to these two. Considering James bad luck streak, getting considerable big roles in these movies must've been tough, but that all shows how capable his agent is. At the very bottom of the email after the addresses and time of the auditions was a note saying "Don't fail this time the S.T.A board is thinking about dropping you when its contract season. Getting you an audition for these movies was difficult so don't let me down."

James was heading to the Talent agency to meet up with his agent but all he could think about was that last sentence as it just played over and over in James's mind. The dreams he had to become an actor and what he strived to become for since he was 8 years old. A superstar. To have his name known to all. To do what he is so passionate about. All this went through his mind repeatedly while he crossed the street. Unknowingly a car sped towards him at an alarming rate and he could do nothing but watch what could be the coming of his death...

"Watch Out!" Someone cried, but it was too late the car collided with James leaving him sprawled on the floor unconscious and bleeding from his head.

"Oxygen levels are stabilized and his heart rate is good Ma'am," The doctor said frowning, feeling the piercing glaze from the women beside him "His wounds are healing at a remarkably fast rate. We've done everything we can but there's no helping a coma and were just going to have to see if he comes back to us. I'm sorry Ma'am,"

"You've done all you can. Thank you. I'd like some time with James if that's alright?" The women said as she sent a soft yet troubled gaze in James direction.

"Yes Ma'am, just press this button if you wish for a doctor to come," the doctor said nervously before quickly walking out in fear of the angering her, after all, she was Rosaline Cooper daughter of Josephine Cooper and Robert Cooper, both owning industry giants with a combined net worth of £1.3 b. The hospital was owned by Josephine and just a word from Rosaline could get him fired.

After the doctor left Rosaline silently watched James sleeping and contemplated the accident. She was nervously speeding as she headed to her auditions. This was her first movie after she had graduated from university with a degree in acting and performance. Her skills weren't mediocre but she tends to get very nervous at times and wasn't very good at calming herself. By the time she realized that she had crashed into James, it was too late. She readily compensated £300,000 and regularly came to the hospital to check up on James.

Under her watchful eyes, James flinched every now and then and seemed to be waking up. Rosaline speedily pushed the button and 3 doctors came rushing in sweating. Even if she called them there just to get a glass of water they would happily comply.

Astonished faces were plastered onto the 3 doctors faces. They all had the same thought, James was expected to wake up in a few months to a year. They never would've expected for him to wake up in just 2 days.

The doctors quickly surrounded James and monitored his brain activity.

"Wow... His brain is getting increasingly active. At this rate, he could wake up in a few hours!" One doctor cried out, amazed at the speedy recovery. James wasn't in any regular coma as the damage done to his brain was severe. He came out of the accident with a fractured right arm and many wounds varying from small to big were around his chest. Luckily for him, his face or body had not been deformed in any way.

" Tch" James grunted after he opened his eyes and saw the lights beaming down on him. He felt tired and his head was tingly.

"A few hours my a**" Rosaline muttered when she saw the sight of James slowly waking up.

"Mr Lee please stay laying down. You were in a car crash and your injuries are no jo-"

"Its fine I don't feel pained anywhere," James said, slowly but steadily getting up as if nothing happened. He did some stretches to get rid of that sore feeling.

The doctors swallowed their words at the sight happening before them.

'Damn kid! Just how many times are you gonna prove us wrong!' The 3 doctors cursed under their breath.

"James your recovery is a miracle...To have recovered from a brain injury in a few days and to have all your physical abilities back in an instant" One doctor said, half hoping to get in Rosaline's good books and half actually stunned.

After some swift check-ups, James was out of the hospital as he was physically and mentally capable of performing everyday tasks. He felt normal except for that constant tingly feeling that he can't seem to get rid of. After replying to all the people who'd messaged him endlessly the past few days without knowing the situation, the girl with him before approaching him.

"Hello, James. I'm Rosaline Cooper. I want to apologize for the incident and any problems or inconveniences it may have caused." Rosaline said guiltily, continuously bowing her head in a frantic manner. James didn't know whether to laugh or cry. You find out a cute girl has been taking care of you for the past few days but she caused the incident and nearly took your life.

"It's alright. I'm fine now aren't I?" James said sending a wide smile to Rosaline. James was a good looking guy, standing around 6"0 and with dirty blonde hair. His eyes were coal black but deep and mysterious and his facial features were sharp. Proud of his looks and quite narcissistic, he felt that he could charm any girl if he wished to.

Rosaline blushed a little and said "After the incident, I compensated £300,000 to you. Once again I am sorry. Now if you don't mind I have an audition to get to" before she quickly walked away in the other direction.

'Audition?' Hearing that word James remembered that he also had an audition. Checking the date and time on his watch he saw that it was today and he had 2 hours to get there.

Just before James started to run he heard an odd metallic voice in his head.