In Library Add to Library
sign in
5.55% Daughter of a lonely immortal - Dropped / Chapter 1: Death 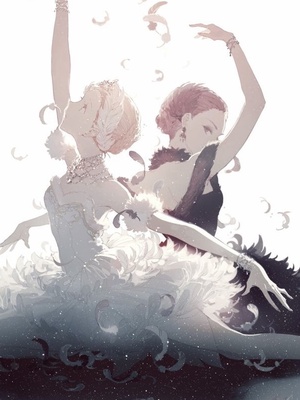 Daughter of a lonely immortal - Dropped

A girl just over 14 with beautiful silver hair. Her eyes were a dazzling shade of green. Her skin pale and clear. She sat in front of a round mirror as her hair was brushed by a maid behind her.

The maid kept her head low and not daring to look at the mirror, an eye had been covered with bandages so only one eye was visible. She kept brushing the girl's hair in a mechanical manner. The girl couldn't care less about the woman behind her, she naturally only cared about what dress to wear to.

She had originally planned to wear the yellow dress however, the weather wasn't good as it was raining so she felt like wearing the blue dress she had worn a week ago.

The maid instantly stopped brushing and carefully placed the girl's hair down. Then she tilted her body as a sort of bow and backed off refusing to look at the young girl.

The young girl stood up gently, and walked across the room to the glass doors leading to the balcony.

Her room was naturally beautiful like her, her king sized bed was full of blue cushions. The bed was draped with silk and the bedsheets were sapphire cotton obtained from the south.

Her viol was placed near her study with a silver music stand. The glass doors led to a beautiful balcony with a table and two chairs. On the table was a discarded chess board and a small mirror. The tables were underneath an umbrella to protect it from the rain.

She found herself staring at the beautiful rain drops as they poured down. She sighed slightly, what a beautiful day.

Two hands pushed against her back with little force and She panicked, screaming as she fell to her death.