In Library Add to Library
sign in
7.69% Aether Overlord / Chapter 1: Transferred by mistake 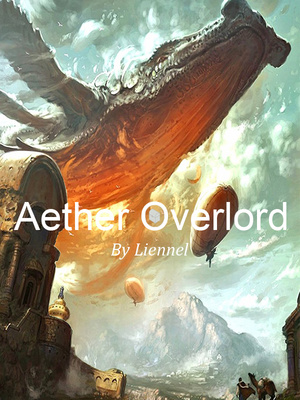 Inside a dark room illuminated by the computer screen sat a boy, 15 years of age. He was fair looking yet his skin was badly damaged by acne.

"Damn it! Why can't I ever get anything good from these loot boxes?" Ren growled in a low voice.

Ren has been playing all night. Despite having classes tomorrow, he dared to stay up so late. It was already 2 am.

"Congratulations! You got 'World Ticket' (Unknown). You have used up all your loot boxes." A messaged appeared in the system log as Ren opened his last loot box.

Inside the game, Ren's backpack was filled with different items, weapons and armors. These are his drops from the loot boxes. Loot box is an RNG-based box where certain items could be acquired. In most games, loot boxes were supposed to be bought with real currency. The game Ren is playing however, is different. Loot boxes in this game were acquired as drops from world bosses and rare monsters making the game incredibly successful. Still, there are people who bought loot boxes using real currencies from others. A good player could live off playing this game. Ren wanted to try this as well, he wanted to earn playing the game because it was his passion. Gaming was the only thing he was good at.

Unfortunately, the RNG Gods seems to think otherwise. Ren's character was one of the highest in level in the beginning but due to his bad luck at loot boxes, he has always received useless items and equipments. Ren's back right now, was full of it. Ren has items starting from the lowest which is common-grade up to rare-grade which was 3rd place from the last.

He wanted to buy better equipments for himself but the best ones costed a lot of money, and the easiest way to get them was through loot boxes. Ren didn't want to waste money on the game because it will beat his purpose of trying to make a living out of it.

"What a waste of grinding, to think I stayed up late for this." Ren sighed as he lean his head back. He was feeling tired.

"All those boxes and not once did I get an epic-grade. Not even a super rare-grade." Ren added.

At the corner of his eyes he saw the unusual ticket. He clicked at it to see the description.

"Ticket to a different world. One-time use. Would you like to use? (Y/N)" A prompt appeared, with a yes and no button.

"What is this? You got to be joking me now.." Ren was feeling fed up.

Ren stood up and made his way through the darkness. He left the room and went to the kitchen and took out a slice of cake. He walked back to the room like a robot. The darkness did not hinder his perception at all.

He went inside and looked at the computer screen from the door. Black. His screen went in to power-saving mode, as he left it for quite awhile. He sat back down with a plate in hand and pressed enter on the keyboard.

The screen lit up again, but this time the system prompt for the world ticket was gone.

Ren looked for it at his inventory. Gone. He then checked the system log once again it says there that he used it just a few seconds ago.

"I pressed enter... and accidentally used it.." Ren was feeling deflated.

"Why am I unlucky, it's even my birthday." Ren thought to himself.

Based on what the system prompt said, the ticket would probably send him to a random location in the game. If he got sent into a high-level area filled with monsters or even a secret dungeon with the only way out is clearing it, he would die, lose levels and even drop some or all his equipments. Plus, his current area is a perfect grinding area which other players didn't notice.

Ren checked the map, it didn't change. It was the same as before. Nothing changed with the minimap either. It was a dud.

"A bug for sure. It wasn't even on the list of items that could be acquired in that loot box. Time to pile a report, muahaha!" Ren felt betrayed and he thirsted for revenge, but before he began typing he stood up again.

He made his way back to the fridge and took out a bottled water. He navigated back and opened the door to his room. With a cola in hand, he entered his room. The first step he took was the last step he would ever take in this world. Ren stepped in only to find that there was nothing to step on.

"OH MY GOD, NOOO!" Ren screamed to the top of his lungs, he was scared.

He has fell this long before and he doesn't seem like he would stop soon.

"What is happening?! a dream?! IDIOT! I knew it! I should have slept." Ren started berating himself.

Ren thought that it was his birthday, so he could have fun, like staying up late to play. Now he was regretting his decision, if only he slept.

"Wait, maybe it's one of those dreams, you know the falling from a building then I would wake up once I splat on the floor?" Ren thought positively.

Nothing, but the wind on his ears. Ren tried to wake up by punching himself, but all he felt was pain. He gripped on the water bottle tightly as it was the only thing he could hold on to.

Suddenly bright lights appeared, they were small and twinkling. When Ren saw them he immediately knew what those were. Stars.

"Am I falling, from SPACE?!" Ren thought, fear was his friend now.

Soon a world appeared right in front of him as he fall towards it at a faster rate.

"Oh please God, wake me up now, please, I beg of you." Ren pleaded as he approach closer and closer, soon Ren entered the atmosphere of the world and was falling down faster than ever. His landing area was a valley. Ren got closer and closer, when he finally hit a roof. Ren braced for impact only to find himself phasing through it.

His body, however was at the door of his room, lifeless and cold.

Another system prompt popped up on his screen.

Seconds after another prompt appeared with a different UI, saying-

"Transfer to another world complete."