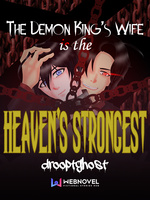 Cursed by the Heavens, the defeated demon king named Emodao woke up into his new life as a human child. For twenty-seven years, Lai Mingjie, as he was known, was bored to death by his human life despite the intricacies of being the next CEO of one of the biggest companies in the country.

On one of his morning trips, he met a man with no memories, who seemed to have recognized him vaguely. No one knew him; neither was he aware of where and when he stood in the course of history. However, as if Nuwa had played games with Lai Mingjie, the man without memory was someone he would never forget.

Itching to exact revenge, he needed Xu Rouguang to remember who he was and what he did. Lai Mingjie was now forced to help the man who robbed him of his glorious life... and probably discover what he had taken from that man first.

Two cursed beings, a single path of redemption. Are there chances of anything else blooming between the former demon king and the general... princess?

This story is a work of fiction, and similarities to any living or dead person are purely coincidental. May contain triggers.