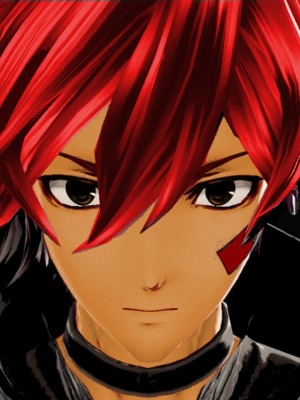 A guy was running on the streets with a thick ancient looking book clutched to his chest, moving towards his home, eagerness showing up on his face for something that will happen tonight. Tonight the guy would finally gain knowledge of the truths hidden in this world, even forbidden knowledge, which even the gods and demons frowned upon. While crossing a road with high speed traffic, he got a call on his phone. He immediately picked up the phone that rang while running swiftly, crossing the road to his house, the phone call was from an unknown number.

Just as he picked up the phone, a truck was passing by at high speed. "Brugh", a loud voice sounded. The truck hit someone- -The man with the book died in a traffic accident. While he was lying on the ground another man in a black suit walked towards him with a phone in one hand, its screen showing the dead man's number.

"You shouldn't have copied this book. That was what I called to warn you about but…. too late. The Necronomicon is a wealth of knowledge but it is also a cursed object." The man muttered to himself as he bent down to pick up the book from the dead man's hands. However before he could touch it, the book became white mist and went into the dead man's body. The man in the black suit stiffened for a moment before slowly standing up.

"So you were chosen by it… well well well.." the man muttered as he disappeared like an afterimage.

Hearing a voice calling him, the dead guy woke up.

"Ah?" the Dead Guy looked around in surprise

"Finally you woke up, welcome to heaven." the woman who had woken him up said in a cheerful voice

'Who is this woman?' the Dead Guy thought 'She greeted me with such a remark'

"Oh yeah, maybe your memory is a bit vague … You're dead now and also in heaven!" The woman said with enthusiasm, seeing his confused look.

"Ehh?" The Dead Guy looked at her in shock. 'Oh yeah, I remember I was hit when I was on the phone... so I'm dead? I just had the book of ultimate truth in my hands , but I couldn't even read it and I died just like that?'

"Hmm, from your expression you seem to have remembered it a bit…then we should go straight to business."

"Yeah, I'm the goddess who's in charge of sending you to another world."

"Are you going to send me into another world and just leave me alone? I have read such stories!"

"Eh? No-no, I'll give you a guide as well as a system that will supply you with power as you were chosen by the Necronomicon"

What… Chosen by Necronomicon? Guide… System?

"So I'm planning on reviving you back into a doppelganger, and I'll give you a guide for your life as a doppelganger in the other world."

"What is the power that this guide will give me?"

"The guide will supply you with power to summon various beings of myths and transform into them. Also, you can copy other powerful beings of that world using your power as a doppelganger. And as for how the transforming works, you can ask the guide later."

"Okay, then will my new life have a purpose?"

"Of course there is, but I can not tell you that yet. You will have to find the goal yourself, because the process is important to you. However, you will be provided with an oracle like power, which will sometimes give you a partial glimpse of possible future and help you in making decisions on your fate and purpose."

"Hoo, this is interesting. Am I free to do anything in that world?"

"Of course, that's your life, you're free to do anything with your life"

"I have another question, if I were a doppelganger, then without transforming what will my normal looks be like? Because in my opinion, normal appearance of a doppelganger monster is very strange."

"In order for you to socialize later, you may set your own normal appearance. Oh I have some models, please choose one of these models!"

The Goddess raised her hand up and many holograms of body shapes appeared above her head, 1000, no, 10000, more?

"Hehehe, please choose what you like, we have a lot of time, so choose whichever you want."

Two hours had passed since the Goddess showcased the model list.

"Your taste is good too. Okay, it will be your new form when you grow up. From outside you will look and grow up just like a Human child and this will be set up as your final form after which you wont age further even as you grow up. However, doppelganger is a monster species. So your growth will be in a shorter span of time. One or two years will be enough for your full growth."

A bright light shone on Dead Guy's body for 1 minute, then the light disappeared and his appearance changed accordingly into that of a 3-4 year old .

"Okay the preparation is over, I'll send you to a new world now."

"Wait, where is the guide?"

"Oh, that will automatically come in your mind once you get there."

After the long conversation, Dead Guy disappeared from that place.

The Goddess then turned to one side where a man in black suit had appeared out of nowhere. She bowed to him briefly before asking him of her doubts.

"Senior, was it necessary for him to get such a versatile and powerful ability?"

The black suit man gave a half smile to her before saying "That was what the Book chose for him, it's both his curse and blessing. I can't interfere in his fate too much, else I will end up breaking the balance I myself set. His choices are solely his now." Saying so, his eyes became unfocused and turned towards a distance where he could view the future of the man as he grew up.

"May you have a life of fulfillment and succeed in defeating it… your ultimate enemy… In my name, as Ahura Mazda, I name you Jigoku No Rei."

A silent forest, surrounded by large trees. The cool breeze and the clear sky is a beautiful sight even in the wild. A sudden appearance of a humanoid child takes place without any premature signs, the person is Dead Guy, now named Reino Jigoku.