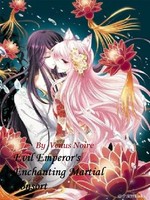 Levy Scarlet is the highly acclaimed military doctor of the 22nd Century also a wizard she can use Requip magic, a form of Spatial Magic.
Passing to another world at the sound of duang, divine doctor in both Chinese and western medicine Levy Scarlet. To her surprise, she woke up in the body of a girl,
Gu Hua. Through Hua's past memories, she found out that she was bullied due to her weak physique, even though she came from a renowned family.
Newly awakened, she does not only have the magical powers of her previous life, but she also became the owner of an ancient treasure that resides within her new body. Boundless Beast, treasures beyond her wildest imagination and spiritual beasts, all within her grasp... She is a sight to behold of all the under the heavens, including that of a mysterious handsome man.

"All I need is the power to be able to protect the people I care for. So long as I can have the strength to do that, I don't care if I'm weaker than everyone in the world."