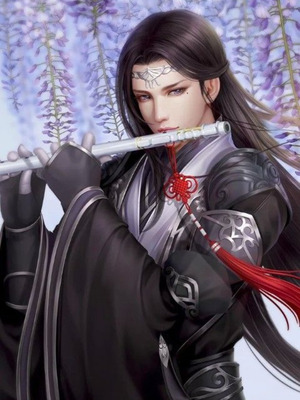 "....more~~!" An obedient man moaned under his breath, sounding intoxicated with lust. His face reddened like a rose especially due to the pressure repeatedly pulling in and out of his sensitive lower region. His mouth gaped for air, with silver strings of saliva clinging at the edge of his lips. Regal, blue eyes shot open in a second with tears streaming down the smooth face of his. He let out a small cry of ecstasy before wrapping his arms around his partner's broad shoulders. "Ah. . . senpai, I love you! What in the world blinded me this long? Senpai, you big idiot!"

His nails dug into his partner's skin but instead of pain, his partner growled. The milky-skinned man gasped. "You got bigger~! AAH! Slowly, be gentle! Aahh... Aaahhh!"

As the partner became breathless, the silent alpha finally opened his mouth to speak, his tone gentle despite his restless ramming. He opened his mouth to speak and cupped the face of the silly boy he had come to love in the funniest way. "You think it would turn out this way if we met earlier? You were too deep in your revenge and was rather a scary and cunning man. If I did approach you a lot earlier, that version of you would have killed me after suspecting my motives. Aren't you weird?"

In return of his gentle voice and equally gentle, warm handsome face, the milky-skinned boy blushed. Anyone could see the happiness that exploded behind those watery, blue eyes. His jaws trembled. "Then hold be down tight and explain it to me! Just like... Now." His voice trailed of to a whisper.

Googly-eyed and heavy breathing left her mouth as she watched the couple. Not that she felt jealous but rather, she squealed in joy. Because she was their die-hard fan!

On the other side of the screen was a young lady in her early twenties, supposedly. With a pair of thick rimmed glasses with equally thick pair of lenses, a messy hair lazily clustered into a so-called bun and the loose, XL shirt made her look like a thirty year old, stressed out mother. Sadly, the reason was due to such intriguing nightly activity: watching her favorite Yaoi anime continuously. Nevertheless, it was not stupid for the ship has officially sailed!

'But if either that uke or seme meets this great me, I'll show both what love is like. That damned uke, for being foolish, I might as well send him to nunnery and retrieve him after five years. Patient seme, I'll have you immediately. Breakfast, brunch, lunch, afternoon snack, dinner and midnight snack!' The fan-girl thought.

However, a sudden pain indicating migraine crawled icily in her head. The lady winces. Worse, her stomach growls and her eyes began to sting.

"Uugh, I'm hungry! I need to sleep now, girl, you need to rest," she told herself. Just at the thought of having to go downstairs to get to the kitchen and the act of having to make food made her lazy. She plopped down the bed and shut her laptop close. As soon as she did, her eyes fluttered close.

A messy looking girl fell asleep. For a few minutes, she was breathing fine but her migraine has suddenly turned into a head pounding headache. At an attempt to massage it, she became one of the unluckiest people to die. The pressure from her fingers popped a vein leading to her death.

Thus the end of her days in her era.

Never did she expect that it was time for transmigrations, a silly idea for passing time through great imagination, to actually happen to her.

The fan-girl has travelled in time to another

This is my first story and I am really excited to try it out on here!