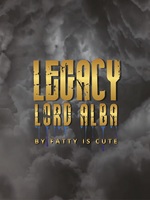 There was one person who resigned himself to death, No matter what he would do I knew he would die. So he made an Array, One where he would be immortal, There he lived countless Eons, He made countless Investigations, But even so he could not save himself from death, During his voyage he made several Discoveries that revolutionized the real world and would break the balance in the universe, making it return to the Golden Age an era in which countless Geniuses were Born.

A New World Was Created

A world in which all the beings in the universe wanted to live.

"Congratulations Ninth concubine, It's a Boy. The third prince is born"

"If that's so, then I'll give you Alexander my son Alexander Alba."

Add it to your library, you could be the first to read a new chapter!

(Find out how you can be one in the Auxiliary Chapters!)