In Library Add to Library
sign in
0.61% The First Hunter / Chapter 1: Episode 1 - Synopsis and Prologue 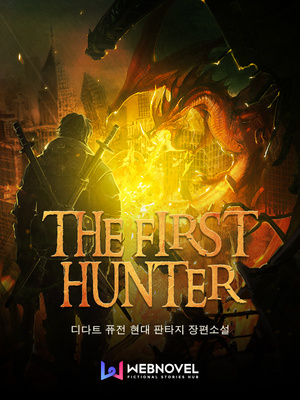 Status in the language of origin: 163 episodes (Complete)

The world changed, and so did the people.

On December 31st, 2016, the day before New Year's, Kim Tae-hoon was just casually out shopping for groceries at his local supermarket, when monsters suddenly appeared out of thin air. With the skills gained from long years, he started to hunt the monsters down and managed to win, saving the other people who were also at the store.

But there are more monsters, and they don't stop coming.

Will he be able to survive until the end?

Will he be able to beat the countless monsters, that only seem to get stronger?

And will it just be a monster that he has to worry about?

The journey of Kim Tae-hoon, The First Hunter, begins!

On December 31, 2016, monsters appeared simultaneously all over the world.

The First Hunter is a Korean Munpia novel by Didart, completed at 163 episodes, short by web standards. The intended release rate is two or three episodes per day until finished.

The story follows a man with a murky background, but obviously an experienced combatant, in the wake of the events above, his continuous improvement over time, and the changes to the world and people around them as they are forced to adapt to new lives.

The story starts out sparse on the prose, but improves with time.