I am reincarnated as the Female Leader, but I want to marry the villain! - Eastern Fantasy

/ Eastern Fantasy / I am reincarnated as the Female Leader, but I want to marry the villain! 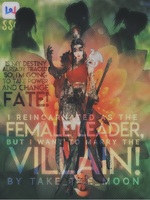 I am reincarnated as the Female Leader, but I want to marry the villain! Strong Woman

Cheng Shuyi was a modern woman in the 21st century, with an ordinary appearance and a serious attitude, who spent many years of her life working for the Chinese government. At the age of 40, she finally decided to take some time off and go on a well-deserved vacation. But, before she even had the chance to feel the calm ocean breeze on her skin, her plane exploded!

The next time she opened her eyes, she had already become the young miss of a general's house in an alternate world, a Xuanhuan world. As of now, she has become part of a strong military family, the Sheng family of the Phoenix Supreme House, who currently possesses the greatest military power and a powerful guardian beast, the sacred phoenix.

Her new name was similar to her name in the past, Sheng Shuyi. But now, she was a young 15-year-old girl, and it was time to choose her groom for the marriage that would take place the following year.

However, the current plot reminded her of something from her past life. It was a Chinese web novel that one of her younger co-workers had often urged her to read, "Supreme Hero."

Sheng Shuyi had actually become the female lead, who, after fighting with the other women and receiving the best wishes from her family, finally succeeded in marrying the hero of the story. Unfortunately, it was not a happy-ever-after ending.

That female character had suffered a tragic death, while her husband, the hero, felt no remorse. Instead, he married her younger half-sister and then proceeded to exterminate Sheng Shuyi's side of the family!

The only person to mourn her death was the villain! A man who seemed to have no feelings, only possessing the desire to dominate the world!

In the end, it was revealed that the villain had actually been in love with her and the hero had only been interested in using her to gain status!

To continue living in this Xuanhuan world, where the strong rule and the weak and crushed like bugs, Sheng Shuyi made three resolutions.

I just published it again!
So let's take it easy!
IT WILL BE 2 CHAPTERS PER WEEK.