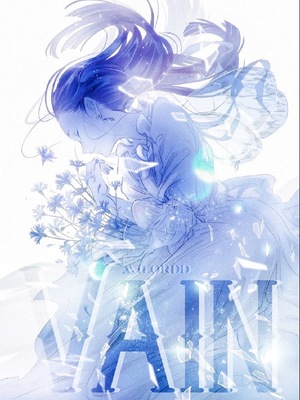 Aileene's blue winter coat wrapped around her small body as a fluffy white scarf muffled her voice and warmed her neck. Her short dirty blonde hair was tucked under her scarf, hugging the sides of her pale face. Though pretty and quite cute, the coat mostly constrained her movements. But her growing distress only seemed to cause glowing smiles on her parents' faces.

After all, their adorable eleven-year-old daughter was wobbling like a baby penguin. Seeing her that way, how could any normal parent not melt in happiness?

"Arm wme mere myet?" Her muffled voice sounded out through her knitted scarf, which was a prized gift she had gotten from her Aunty a few years back. It was hand knitted and possibly the softest material she had ever felt.

Slowly, Aileene grew impatient. After all, they had been walking quite a bit. And her bright blue eyes had little to no surrounding left to stare at. But it wasn't as if frost and lingering snow were much to admire anyway. At this point, she almost wanted to say that the small stone path they were treading was truly endless. Though through some quick logical reason she didn't keep the intrusive thought for long.

"We're almost there." Her mother's heart-shaped face fell level with her as she gave her a comforting smile, reaching a hand out to pat her small head, slightly ruffling her hair. Seeing her mother's affection, Aileene returned her smile and nodded silently.

Gazing ahead of her absent-mindedly, she could probably guess that her current little vacation with her parents was her birthday gift. Her birthday was nearing, only 4 days more. And even if her parents hadn't explicitly told her so, they had made it seem like it.

But it didn't necessarily matter, anytime she could be with her parents, she was content. After all, she had been so positively content these past 10 years, closing in on 11 years. She almost forgot a world where she was even alone. Though the memories do come around every so often to haunt her.

They would travel in waves, a random intrusive thought crashing against her.

'Vain is simply a game, no one truly exists within a game.'

She had quickly learned to ignore them, they were only a symptom of her creation. She, as part of the game's correction system, was made to erase an error. A little inside agent in the game, she was given all knowledge she needed. Even the knowledge that her own mission was only a game.

Aileene was distraught over this fact, even at birth, since she had already been conscious. And she simply couldn't shake off the feeling of meaninglessness.

What was the point of anything?

It was only a game.

As unfortunate as her distraught was, she did grow to love the world and life she lived. It didn't matter to her that it wasn't real, as long as she knew she could be with the ones she loved, she was satisfied. There was not another thing she wanted more.

"We're here!" Her father announced, an unhidden excitement in his voice. It made Aileene break from her thoughts and glance up at their final destination—a shack? A wooden shack? She was rather confused, it wasn't that she was unsatisfied with it. She just wasn't sure what they were supposed to do here.

"Let's get inside, it's growing cold outside." Her father ended that sentence as he dashed to the door of the shack. Her mother only managed to shake her head wearily, a sweet smile placed on her lips because of her father's childish actions.

Releasing her mother's hand, Aileene started towards the shack, her mother following closely behind. When she got there, she pushed open the shack's door only to be greeted by darkness and a wet, maybe even moldy wood smell. Not surprising, since the wooden shack seemed rather old. And it was piled up with melting snow on the outside.

Though unexpectedly her father was nowhere to be found. Her mother peeked through the door behind her and started opening the door wider, allowing them both passage through.

Stepping into the shack, Aileene began inspecting her surroundings. Though it was rather empty and plain, she could happily say that it was warmer on the inside than it looked on the outside.

"Aileene, we both know it's nearing your birthday and we just wanted to prepare you a little gift." Her mother suddenly broke the short silence they had, as Aileene turned to her right. Both of her parents stood a short distance from her with happy smiles on their faces. As a small man behind them held an expression just short of grumpy, or maybe it was just his stature and the dark black shadows under his eyes. It made him seemed rather old and weary. Maybe even older than his actual age.

Walking up to her parents, she tied hugging them both. But she couldn't reach to hug the two of them. So her parents resolved to hugging her instead. Finally releasing her, they both stepped aside to reveal the man behind them.

At a closer distance, Aileene could see that the man was wearing old overalls, which immediately lit his status as a farmer or something close to it. She could also see that he was covering something in his arms. Holding, or rather, cradling it like a baby. Though she couldn't actually make out what it was because of her height and the cloth covering it.

Glancing to her parents for approval, she edged closer to the man. And he seemed to comply, kneeling to her height. As he held the thing he was cradling in his arm to her. Slowly lifting the small cloth, Aileene was nervous and excited altogether. And when the reveal hit her, she couldn't be more shock.

Sitting in the man's arm was a small pure white bunny. It was sleeping peacefully and didn't seem shaken by the cold.

"It's a Snow Bunny, and although it'll grow into an adult. Its size will normally stay the same as a small bunny. Your female bunny is still maturing. Just a few more years and it'll reach adulthood. These types of bunny also have long lifespans, a few can even live up to 20 years." The man's hoarse voice spoke to her, as he gently placed the animal in her arms. Aileene simply couldn't reply, as she bashed in her joy.

The bunny was so adorable, it's fur was soft and warm to the touch and she couldn't stop herself from admiring it. She never had a pet before, but it was a gift she wasn't expecting and a gift she didn't know she wanted til now.

Turning back to her parents, her eyes sparkles with happiness. "I'm going to name her Lumi."