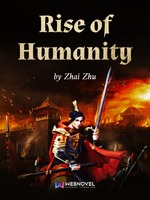 Eastern Fantasy 10 chs / week This is the average realized release rate over the past 30 days. The translator’s schedule is 14 chs / week. 1,124 Chapters 2M Views

Title: Rise of Humanity, 人道至尊
Author: 宅猪 (Zai Zhu)
Status: 1490 Chapters (completed)
Translator: RisingDawn
Editor: GemVoo
Chapter Release Rate: 1 chapter a day
Join us on Discord
Review us on NovelUpdates
Tags: Legends, Mythology, Demons, Gods, Dragons, Monsters, Clever Protagonist, Romance
Synopsis
In the world birthed by Pangu, the Three Sovereigns lit the spark of humanity that the Five Emperors would later fan into a blazing fire, eternally branding humanity as the leaders of the world….
This was a time where twilight had descended on the reign of the Human Sovereign and the Five Emperors had yet to emerge – humanity was merely one of the myriad races wandering about the vast cosmos.
This was a desolate and barren era. The monsters, devils, heavenly gods, and deities of all races stood aloft; with the demons, heavenly souls, and spirits dancing freely around the world.
The humans were still a feeble and burgeoning race at the mercy of the pantheon of races that ruled the world together from within the great wilderness.
This was not the era of the Foreworld, but the barbaric and untamed era of uncivilization!
Let us rewind back to China’s ancient and classical mythology and recount the legendary tale of how a single figure led humanity out of an epoch of darkness and into a new dawn.
“Why do I seem like a monster? It’s not that my heart longs for blood, but the indifferent reality, and the harsh truth ... that drives me to kill.”
— Zhong Yue
Click for more Notable Quotes!
Here's a picture of the Three-taloned Golden Crow that will appear in the novel:
Click for more Mythical Creatures!
Things You Should Know
Honestly, judging from the title itself, one’s initial impression would be that the story is simply another boring and cliche cultivation novel. Or at least, that was what I thought at first when I was first introduced to this novel by a friend. But to my surprise, and most likely to yours, (if you read it, that is ...) you will soon come to realize that the plot gets very interesting, involving many characters from the ancient and primeval eras of Chinese mythology.
Every story has their own charms, and every character has their own tale to tell. And this, is the tale of a young man fighting not for himself, but for the betterment of humanity. The plot starts to get really good at around chapter 50-ish, and that’s when the roller coaster starts to rise higher and higher to never come down again (literally, it ended in a climax).