In Library Add to Library
sign in
33.33% Anything For The Crown / Chapter 1: Prologue 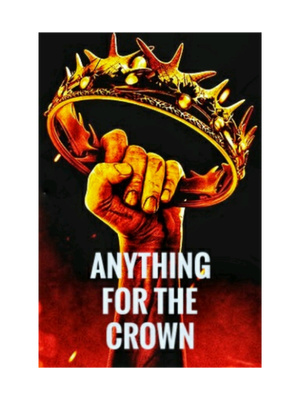 Anything For The Crown

The empire of Azillium dominated, entire mainland. It consisted of seven kingdoms; Azillium, Archeron, Nura, Unovia, Kriya, Nutopia and Charn. The Kingdom of Azillium had the strongest military might as well as fertile land. It was extremely rich in natural resources, due to this it was able to rule everyone else and eventually obtained the status of an empire.

There was a large grassland at the center of the mainland. It was known as 'The Green Fields'. According to a treaty it was a free land, where people of the seven Kingdom were allowed to raise their cattle's. Sometimes it was also used for war.

Azillium - The empire of Azillium was ruled by the 'Stormbringer' family. The current emperor of the kingdom was 'Talbot Stormbringer'. He was married to an influential woman, 'Debra Bellson'. But unfortunately during her childbirth, she died. She gave birth to a son, who was the current crown prince. He was a handsome and intelligent man. He was overwhelmingly talented in the art of war. He was mostly at the border, to maintain its security. Emperor had many concubines, but he never appointed a queen after Debra's death, as a tribute to her. He had many other sons but they all indulged in debauchery.

Archeron - Archeron kingdom was ruled by 'Windel' family. The current king of the kingdom was 'Ansell Windel'. He had a single son named 'Tiberius Windel'.

Nura - Nura was a small kingdom. It was a subsidiary kingdom of Azillium. It was ruled by 'Lawham' family. The current king was dead and the kingdom was being handled by his wife till her son became an adult. Due to the famine, this kingdom was on decline.

Unovia - Kingdom of Unovia was ruled by 'Rothsworth' family. The current king was quite old and was going to handover his throne to his eldest child.

Kriya - It was ruled by 'Thornell' family. The current king was 'Joshua Thornell'.

Nutopia - Nutopia was ruled by 'Nelrish' family. This kingdom was known for its wealth. The current king was 'Chauncey Nelrish'.

Charn - Charn was ruled by 'Crawman' family. The current king was 'Tate Crawman'.

Due to being bored by matters of empire, the emperor of Azillium decided to go for a hunt.

Author-san has profound attainments in dao of shamelessness moreover author-san's face is as thick as 'Great Wall Of China' therefore author-san might shamelessly ask for donations, so please support author-san.