/ Fantasy / The secrets of lost city 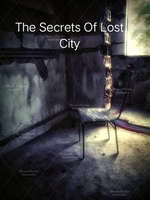 The secrets of lost city Magic

Under these skies, he’ll come and go as he pleases! No matter where he goes, he’ll pave his own path and walk on it!

“One that goes by the sword would rather die than yield, rather break apart than bend. My heart is like the sword, and the heart of the sword is like me.”

“I walked out from darkness, a road full of misfortune, a road full of thorns, yet I never cowered. If the sky obstructs me, I’ll slaughter this sky; if the earth blocks my path, then I’ll annihilate this earth; if the Dao doesn’t accept me, then I’ll obliterate this Dao!


Killing a single person is treated as a crime; massacring ten thousand is treated as heroism. Massacring nine million people would thus be considered the bravest of heroisms.


A journey of a person who end up doing a thing that no one would forget for ages.

History are made by those who go beyond fear..
Death I don't fear death because death fear's from me.


“I want you. I don’t know if I love you but I know that I like you a lot. I like your smile, I like looking at you and I don’t wish to see you sad. The reason I’m doing all this is all because of you. If someone were to lay their hands on you, I won’t allow it, no matter who they are. Is my desire to monopolize too strong? I’m only afraid that you’ll feel aggrieved if you were to be with me.”