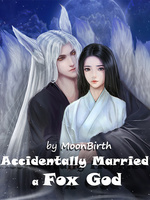 Just as Li Meirong thought her life couldn't get any worse, she transmigrated into an abused body of a servant girl being sold at a brothel in a completely different world.

Saved by a mysterious stranger, she stumbled her way into a large cultivation sect. She struggled to find her place in this new realm, with its own rules and obstacles, far different from the one she was used to.

One day, while on a quest to find a spirit beast, she encountered a wounded fox cub in the woods.

"From now on, you will be my precious companion...." Hugging the cub closely to her chest, she showered him with affection.

Without her noticing, the fox cub narrowed his lustrous golden eyes and flashed a set of razor-sharp fangs.

'Who does this stupid girl think she is?!' Does she not notice the noble bearing of the Sovereign Fox Lord?
'You're lucky you're my wife or this Sovereign Lord would have killed you a thousand times over by now!'

As her journey continued with her adorable pets by her side, Li Meirong began to realize that in this world, her powers were incredible! "Little Fox, Little Fox! I have my own space to grow divine herbs and can even summon legendary beasts!"

The Little Fox rolled his eyes.

Humph! Isn't it only a few divine herbs Obviously, as her husband, he would provide her with whatever she required.
As for those other pets... if they dare touch even a single strand of hair on his wife’s head, a death sentence awaits them!

Meanwhile, the Fox Lord had been experiencing his own set of difficulties. His wife still thought he’s just a dumb little animal!

"Surely, you don't assume your Husband's fire could be doused so easily?" he inquired at length, revealing a trace of wickedness as his thin lips hooked upwards. "I will have to trouble my wife to take care of me."

"Everything is going to be fine," said Zhu Qingyue, licking his lower lip. He teasingly imitated her own previously spoken words. "Don't worry. I've got this all under control."

"..." Li Meirong's mouth hung wordlessly open. She realized that her inebriated decision had led her into another unexpected death trap!

One round after another, the pitiful, ignorant wife of the Sovereign Fox Lord had discovered and repeatedly reacquainted herself with all the sore parts of her body.
~~~~~~~~~~~~~~~~~~~~~~
I opened a Patreon for this webnovel. Please show your support for the novel. :)
https://www.patreon.com/marriedafox

The discord channel for the novel - if you would like to be part of any discussion relating to the novel, questions to the author, sharing art content, etc', join now! :>
https://discord.gg/KpSTSHu