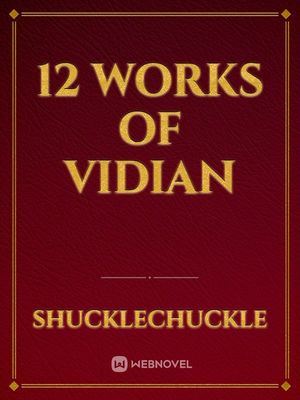 The lands of the Eternal Domain had lived in peace for thousands of years, under the protection of the gods and goddesses that lived along with the mortal races to try to keep the lands alive and the people alive, watched over by the supreme gods, in their godly domain, protected by Volarus, the Protector of the Gods and the God of the Sky.

It had been a long time since the world had ever faced a problem that wasn't a result of the races and their quarrels, but something made Eternum, the God of gods and the God of time, restless.

"You are so nosey, how would you know that he is restless, give him some peace," Naturania snapped at Draktha as she pet a tiny, root and leaves, wolf-like familiar. She was the Goddess of the Earth, the creator of all living beings on earth and all the creatures depended on her to be created and die.

"Maybe there is something on earth that is bothering him," Zenith spoke up still with his head resting on his hand. He was the God of the Sun, he rose the sun after Diana finished her job as the Goddess of the Moon.

"What is it then, Lord Eternum?" Celenstia spoke up.

"Nothing, I need to leave you, I have something to do," He said shrugging off their questions and turning his back to them, leaving the massive room. They lived in a massive palace above the world, in the clouds guarded by Volarus, who hid it in the clouds, away from mortal eyes. Eternum walked out into the open of the palace and vanished into thin air, away from the palace.

Vidian lived in the human community outside of the great desert, a desert that spread out for hundreds of kilometers and was a near impenetrable border. He lay, awake, as the moon slowly drifted across the night sky. He live alone, never had a family and didn't have any partner. His life rotated around small jobs that gave him enough to eat and pay for his life. He closed his eyes as someone talked to him.

"Vidian, stay awake," He shot up from his bed and looked around. He saw a faint, ghostly figure. He stared at it blankly as a figure solidified in his house, "Do not fear, I am Eternum, the God of gods, the God of time."

"Listen, I have heard you bicker about your life being pointless, I have something to offer you."

"I haven't done anything important nor do I have that possibility, I don't have a family, no girl, nothing to do that would give me something to contribute to, what do you offer?" He asked sitting on the side of his bed, in his small house.

"You have heard of the Death of the World before, haven't you?"

"Of course, the beast that the gods of this world defeated and that Lord Orn imprisoned, what about it?"

"Orn might be the greatest blacksmith that there has ever been but the beast's links are slowly breaking, in a few hundred years, they will be totally gone, it might seem like a lot for you, but for us gods, it is very little time, I came to ask you if you will take on a monstrous task."

"What is that monstrous task?"

"Kill the Death of the World."

"Go to my gods on this world, collect their blessings, and kill the Death of the World."

"How will they know that I mean only to help this world?"

"Take this, this is the first of your 12 works, this is my blessing, the blessing of Eternum," He said as an amulet formed out of thin air around Vidian's neck. It was a gold plate, with 11 spots around the side of the amulet, "There is a spot for each blessing, but it is also a curse."

"A curse? But wouldn't you try to help me, not hinder me in my quest?"

"A curse that you cannot use weapons but your body becomes one, you can change your arms into anything of your choosing, but it will put strain on your body and tire you faster than normal," Eternum explained, "I must leave you, but if you do succeed, you will become one of my gods."

"Thank you, Lord Eternum, I will do as you say."

"This quest will need every single part of you and every drop of you energy that you can gather, good luck," He returned to a ghostly state before vanishing, leaving Vidian with the amulet around his neck.

"I guess there is only one thing to do now," He got up from his bed. He was already considered strong among human, with a chiseled body, but nothing compared to a god, he pulled on his working pants, thick, hide leather pants that were resistant and durable. He put on his leather boots that he made himself to protect his feet. He put on a thin, leather poncho and grabbed a backpack. He put all his money and a few supplies of food, a few skins of water and several maps in the backpack and flung it on his back. He was always interested in the recorded world they had and the maps of said world. He grabbed a hat, a large, leather hat that was a large, circular shape, held by wires of metal in the hat and had a string to hold it from falling to the floor and it shaded passed the end of his shoulders. He walked out of his house and closed the door. Maybe he would return in a long time, but he had his mind set on listening to Eternum and completing his quest. He closed the door and began walking. He knew that there was an altar nearby his village, to the north, in the Molten Peaks, the land of the Earthkin, neighboring the Frozen Peaks, the land of the Icekin, the two brother races had separated for hundred years in the past, when a civil war between the two ideologies had led to the downfall of their own community and separated the two Landborns and made them hate each other, one worshipping Orn, the God of the Forge and the other Fryida, the Goddess of Ice Forming, the equivalent of forging ice. He already knew he wouldn't be able to do both of them, one after the other, he needed to do another god or other gods before then. He walked under the moonlit sky, as Diana, the Goddess of the Moon, watched over the people of the earth and guarded them as they slept and brought the night, which was owned by Fendian, the God of the Night. Soon, Zenith would raise, and make the world visible to them, bringing the sun with the aid of Dorana, to bring day.

He walked alone on a dirt path that left his village and headed north. The land went from desert to forest quickly, as the path turned west before heading north. He had always heard that the Earthkin were tightfisted and wouldn't give a single coin to help someone out but would crack if someone were to offer money, they were both tightfisted and greedy. They were often nicknamed the stone devils. This was because they lived in stone villages and worked in mines and in forges and only a few made food and some organized trade to get food from other races, but never from the Icekin, and that they lived under intense heat from the molten lava that flowed from the peaks. They worshipped Orn and his lesser gods, Jaatu, Golem, Fyre and Infernus, the god of Tools, of the Ores, of Fire and Heat and of the Scorched Winds, winds that were said to protect Orn's domain in one of the peaks of the mountain, making him unreachable, only the worthy were said to get there. He checked his purse, he wasn't very rich but still had a few coins, there were three main coins in the region where he lived, bronze sands, the smallest coins, silver cobras, and finally golden gods, gold, jewel encrusted coins that were worth a fortune, around 1000 bronze sands, but he didn't know the conversions in the other regions, he had never really left his village to travel the world, he never had a reason, but now he did. He looked around at the near unknown environment as the owls of the forest hooted in the night, hidden from his sight. He stayed to the path fore he could barely see his own feet and didn't want to get lost.

After an hour or two of walking, he felt a cool wind blow against his face. He was nearing the frozen peaks, the air had changed to be colder and damper, the vegetation grew thick and green, moss cover the bark of the trees and the stones near the path. He arrived at a fork in the road, the sign showed Earthkin and Icekin, one Northeast, the other Northwest. He took the Earthkin path as that was the closest one, soon the air would get dry and hot again and once the sun would peak, the path would be scorched in its arid climate.

He spotted the Molten Peaks in the distance, as smoke rose from the massive pillars of stone and molten stone flowed out of it, burning the terrain. This region was a volcanic region, with several active volcanoes that were controlled by Orn and his gods, they never erupted and only provided the people with stone and fuel for their forges, using the flow of lava to heat and purify ores and then forge them. It seemed silly to Vidian, as lava was both useful and extremely dangerous, it could severely burn you or kill you. He looked up at the sky and saw Zenith had begun his ascension of the sky as Diana departed from the sky, replacing her. Normally, Morrius, the God of Wake would visit all the beings to wake them, but today, he didn't need to visit Vidian, as he was already awake and on his way to the first, and only Earthkin city, Gubalrock, the stone city. He hoped to find someone to tell him how to get to Orn and to talk to him, to ask him for his blessing. He doubted that it would be easy, and that he might have to do something insane to do to show himself deserving of Orn's blessing. He continued to walk towards the city and began humming, the sun began shining brightly over the uncovered path. Vidian put his hat back on his head and continued walking. The wind felt dry and hot, making Vidian began to sweat. He wiped his forehead and looked to the distance. He stood looked down towards the stone city in awe. It was massive, hundred times the size of his own village. He couldn't believe the size of the city they had made, the stone city was rumored to be huge, but it was nothing he could have imagined. He drank from one of his skins and continued to walk down towards it.