You're Very Weird, But I Still Love You! - Romance

/ Romance / You're Very Weird, But I Still Love You! 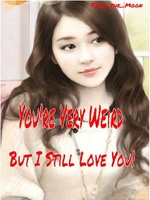 You're Very Weird, But I Still Love You! Girl Weird

This is the story of Mei Ling, the daughter of a very wealthy, traditional, and highly educated Chinese family. She was born with a curse, or so her traditional family believes because everything they expected from this young lady never came to fruition.

Her mother wanted Mei Ling to be a cultured woman who had a career in business or just a smart, rich woman who did not work and live for her future husband.

However, Mei Ling, to the surprise of all the millionaire's friends of the Mei Family, took the medical course and spent two years outside serving the doctor without borders in a country on the African continent. Coming back with a worn look and with your skin burned by the strong sun!

The father wanted Mei Ling to be submissive and obedient, to play Guqin and Guzheng, traditional Chinese musical instruments, to impress his millionaire's friends, to learn Chinese calligraphy and traditional painting, to proudly display his daughter to high society.

However, Mei Ling once again to the surprise of everyone becomes proficient on the piano, on the violin, but the worst she loved the guitar! She spent a good part of her teens playing international rock and collecting CDs from famous international bands, it also upset her older brothers by playing guitar late at night. There was even a moment in a Sarau promoted by some millionaire friend of the Mei Family, in which Mei Ling took the stage and shocked everyone by playing "Wish You Were Here" by Pink Floyd.

Grandfather wanted her to settle down in the Mei family mansion or somewhere in the Chinese high society, which followed the tradition of living close to her whole family.

However, Mei Ling took her things, sold her share of the family business and went to England, choosing to live in London's Bloomsbury district in a simple house and she became a pediatrician at the University Hospital in London.

Grandmother wanted her to marry a good Chinese man, come from a traditional family, and have a good education.

However, a handsome neighbor moved into the next house, he was not Chinese, he was not from a traditional family, he did not have high aspirations, he had a typical European bad boy appearance and he was very grumpy.

So, can you guess what Mei Ling will do?

NOTES OF THE AUTHOR:
1. The chapters are short;
2. A sweet and sweet story;
3. R18 is a certainty.
4. It is a modern novel, which is a good part of it in England.
5. The publication has no date, will depend on the reception of the novel.