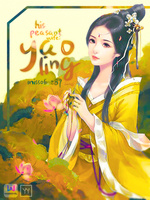 When Yao Ling saved a handsome man, she never thought that there would be a day she would propose a marriage to him.

"Will you marry me?" One question and it sealed their fate together.

She needed his protection and she was his savior. There was only one problem, that man lost his memory. This convenience marriage might just be a ticking bomb, one that could explode and burnt in a second when he gained his memory.

Who exactly he is? What will happen when the man regains his memories? Whether it's a happily ever after or not, it depends on their love. Will love blossom? Only time will tell.

Hope you will enjoy this ancient contractual marriage! :)

Yao Ling squinted her eyes at him again, "Do you also look at other females like that?"

Yao Ying was dumbfounded. Where was the jealousy coming from? How come it changed from customers to females? He wanted to cry again. Woman… They could be a bit unreasonable.

"Of course not, Wife. I'm only looking at you."

Before he dug himself another grave, Yao Ying decided to distract his little wife again. He used his final move. When a woman was being unreasonable, just shut her up and kissed her.

He hugged Yao Ling closer and kissed her until she forgot everything. That was how he saved himself that night.

Here is the link if you want to buy me a cup of coffee!

or you can directly donate to my PayPal:

I am thankful for your support. This will surely keep my spirit high ^^

Cover by: yaoyueyi. Thank you very much! ^^