In Library Add to Library
sign in
100% Rise of A Mortal / Chapter 1: Transmigration... 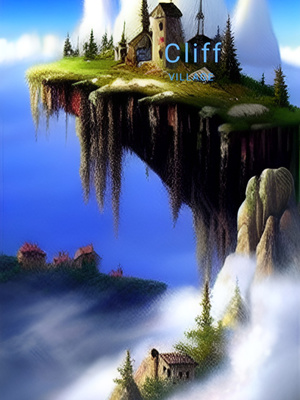 Rise of A Mortal

What's going on… How is it that I have not died? I vividly remember that the plane exploded suddenly, how can I still be alive! Somehow my body is not in pain… And I do not even feel the slightest discomfort? How is this happening? Am I in the hospital?

Dexter suddenly opened his eyes and quickly sat up. He found himself in a comfortably soft bed.

"Ah! Yang Xin! You… You finally woke up! " A girl's gasp of surprise was heard from his ear and the same girl appeared in his line of sight.

At a glance, the girl dressed in whit looked to be 15 or 16 years of age. She was as fair as snow with charming rosy lips and a delicate nose. A touching look of deep surprise was expressed by eyes as clear and transparent as a pool of translucent spring water. Her face exuded a dazzling gentleness and softness. At this young age, she already exhibited such charm, who can possibly imagine what sort of beauty she would be in the future.

Staring at the nearby girl, Dexter took a closer look not remembering who she is then looked around to find no one but himself and the girl in the room and asked confusedly "Are you talking to me? "

"Whom else would I be talking to other than you silly? " The little girl suddenly giggled like a spring bell then she lifted her jade-like hands onto Dexter's forehead and relaxed soon after. With a joyful expression, she spoke: "How delightful; your temperature is almost back to normal. You nearly scared me to death. Yang Xin, are you okay? Tell me if you feel uncomfortable anywhere? "

In the face of the girl's eyes that filled with deep concern, Dexter woodenly shook his head. He stared openly into space with a vacant gaze.

"Rest here for a while, I'll go and tell your father that you're awake. When you fainted, your father almost went crazy and personally went to find Dr.Sai for you."

The girl was in such a rush that she did not notice the abnormality of Dexter's current state. She pushed Dexters's shoulders, signaling him to lie back on the bed and hurriedly left.

"Xiao Mei? " as he staring at the back of the girl two words left his mouth.

"Do you need anything? " Xiao Mei's footsteps stopped hearing his call as she asked turning around to look at him.

As she turned to ask him he shook his head indicating he doesn't need anything as she again smiled at him and added "Ok I will leave then. "

With that, she went out of sight.

As the door shut Dexter sat up on the bed, hands clutching his head.

This was one of the cities in the far east located in one of the Seven Empires of the Profound Continent — Wind Cloud City. And he was the only son of the clan head in the Yang clan — Yang Xin! He had just turned sixteen this year.

That was his current identity.

Suddenly, his memory overlapped with Earth's 20 or so years of memory and he burst into confusion.

If I am Yang Xin… Then why do I have memories of Earth?

No! I am obviously Yang Xin! This entire room is familiar to me and I clearly remember all the events of my childhood. Everything from my memory was from personal experience and there is no way I would steal another's a memory!

Then was everything from Earth all just a dream? Was it only after the plane exploded that I truly woke up?

But the memories of living on Earth were as clear as day... How could those twenty-four years of love and hatred be only just a dream!

Dexter Morgan… The now Yang Xin stilled for a long time as he slowly calmed down and settled his thoughts.

Wait doesn't that mean I transmigrated in a different world and if that is the case there should be a system or something right?

As time passed by nothing came and he started feeling disappointment, if I don't get anything then what was the use of getting transmigrated.

As he started feeling depressed remembering the body that he transmigrated to is trash and the hope that he got after arriving in this world of cultivators went down the drain.

As he is complaining to himself suddenly he heard something in his head as surprise and hope started coming back to himself because of his expectations.

[Ding! With permission from the host the system is binding with the host's soul.]