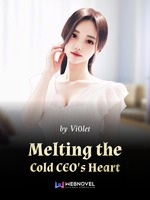 Liz didn't know what she was getting into when she accepted a job offer to work as the personal assistant of the acclaimed coldest CEO in New York. Born in one of the richest families in the world, her employer was rumored to be more machine than man, with many resigning before her because they couldn’t handle the work atmosphere.

The money was good, and she could stay with her family instead of leaving a step-brother who was still a kid and an irresponsible mother alone.

It was only later that she realized that the word ‘cold’ wasn’t enough to describe this man who, without her knowledge, led a life which was not as perfect as others imagined.

Find out what happens when a fiery love meets a frigid heart that has been frozen for decades.

This is a story of emotions, family, and friendship.

Disclaimer:
All Characters, places, event, depicted in the novel are entirely fictitious, any similarity to the actual events or persons, living or dead is purely coincidental.