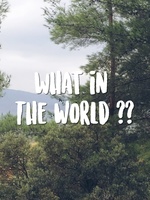 What In The World?? WIW

Qiang Feng was someone who was, well, average. Average looks, average height, average smarts, average hobbies and average friends. Well at least that was exactly how his 17 years of life has been like. He never really had much of a love life and honestly, he doesn't really care. (Well he pretends not to while secretly hoping the worst for every couple he sees doing PDA in front of him. Xiao Feng: Do you really have to call me out like that?)

What happens if he is suddenly pulled out from his little bubble, into a world where fantasy meets real life?

A new life, a new face, a different world and 2 other men. How will this painfully average man get by in this ruthless world where only those with power will survive?

This is a story about cultivation, powers and yes it's based off the usual Chinese BL trope of transmigration just that this time, the writer is not Chinese and I'm desperately hoping I won't offend anyone.

On another note, I will literally be making up things along the way so if it's not the same as what you're used to, it's because of that :>