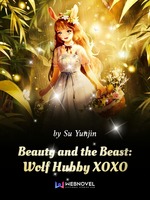 Fantasy Romance 19 chs / week This is the average realized release rate over the past 30 days. The translator’s schedule is 14 chs / week. 345 Chapters 2M Views

Going for a swim, she ends up in an ancient wild Beast World and ends up being brought home by a handsome wolf.
She wants to stick to the handsome wolf, stock some salt, farm some land, look at some handsome men and grow old like that, but the handsome wolf pounces on her every day.
What? He wants her to have babies?
NO~ NO~ NO~ There is no happy ending to interspecies marriages, hurry and let go of me handsome wolf~

[Mini Story]
"Wolf King, Wolf King, the Queen said that the eyes of the merman prince are as beautiful as the stars in the sky."
"Yes, they’re beautiful indeed, dig them out and send them to the Queen."

"Wolf King, Wolf King, the Queen said that the First Beauty in the tribe, the snake princess’s skin has a unique and fine texture."
"Yes, it’s unique indeed, rip that snake princess's skin off and send it to the Queen."

"Wolf King, Wolf King, the Queen said that the Wolf King is impressively-looking, the world’s one and only."
"What’re you waiting for? Quickly send me to the Queen!"