In Library Add to Library
sign in
0.13% The Long-awaited Mr Han / Chapter 1: She Must Escape 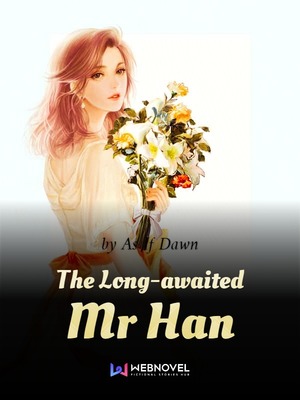 Author: As If Dawn

Chapter 1: She Must Escape

Surrounded by scorching flames, Lu Man laid weakly on the floor and watched as her childhood sweetheart held her stepsister in his arms.

"Sl*t!" Lu Man glared at the shameless couple in front of her.

"Elder sister, you have already gone to prison, and you won't have a good future even when you are released. Your mother is dead as well, and there is no one left in the world who cares for you anymore, so what is the use of staying alive?"

"The two of you schemed to send me to jail, caused my mother's death and now you even want my life!" Lu Man's whole body was weak, and her eyes were blood-red with anger.

"You deserve all of this," He Zhengbai said. "If you are left alive, you will definitely tell people about what happened but I will not let you destroy what we have now."

"Rest in peace, Elder Sister. Dad already knows about this whole thing and has also prepared an auspicious burial site. He remembers what you have done for the Lu family, and won't mistreat you even after your death," Lu Qi said gently.

That was her own blood-related father. Yet for Lu Qi, he would even kill his own daughter!

Her father and her childhood sweetheart were the most important men in her life.

Yet her father only acknowledged Lu Qi as his daughter, while her childhood sweetheart treated Lu Qi as a treasure, and cared very little about her.

And now both of them wanted her to die!

Seeing the glass shards next to her hands, Lu Man suddenly pressed her hand onto them. The intense pain searing through her palm cleared her mind.

Lu Qi screamed, having been pushed down by Lu Man.

Lu Man used all her strength to pull Lu Qi into the flames, opened her mouth to bite Lu Qi's ear.

With blood flowing out from between Lu Man's teeth, she said, "Since you want me to die, then you might as well die with me!"

"No! Let go of me! Brother He, save me!" Lu Qi shrieked in fear. However, the flames had already begun to engulf both Lu Man and Lu Qi.

As He Zhengbai rushed over, a wardrobe that was on fire suddenly fell towards him.

Lu Man saw He Zhengbai's features twist in fear as he got trapped beneath the closet.

With her face red, from the reflection of the flames, Lu Man cursed, "Both of you deserve to die a horrible death."

Finally using her last bit of strength, she pulled Lu Qi into the flames with herself.

As Lu Man opened her eyes, she suffered from a splitting headache and felt like she had just come out of hell, so she was shocked when she saw her surroundings.

She found herself in a hotel room and on the carpet, around 4 to 5 feet away from her, lay a man in a pool of blood

This scene was all too familiar for Lu Man , as she has once been through this exact situation.

However, that was a very long time ago, almost as if it had happened in her past life.

Lu Man felt confused as she suddenly remembered about the incident. She should have died in the fire, yet how was she still alive??

She raised both her hands and found herself holding a bloodied table lamp in her right hand. Frightened, she quickly threw it away.

However, both her arms and hands were completely unharmed, pristine and fair and without a single scratch.

After taking one more look at the man, she finally confirmed when she saw his face that she had returned, back to when she was 22 years old.

Lu Man's dream had never been to enter showbiz, much less to be someone's assistant. She had dreamed of becoming a fashion designer.

However, just because the two years younger Lu Qi had wanted to be an actress, Lu Qiyuan, Lu Man's biological father, had invested in a film production company just to support Lu Qi. He was also scared that the 'innocent' Lu Qi would lose out in the complicated entertainment circle; so he had forcefully made his biological daughter, Lu Man, who had been studying fashion design at that time, pull out of school to become Lu Qi's assistant. In fact, everyone in the company only knew Lu Qi as the daughter of the Lu family and did not know that Lu Man was a Lu family daughter as well.

But she had never bothered about it as she still had to treat her mother's illness. If she left in a fit of anger, what would have happened to her mother?

The man currently lying on the carpet is a certain famous director. Lu Qi wanted to be the main female lead in his movie and had come to this hotel room to discuss the role.

What else was there to discuss, with the meeting being held in a hotel room?

Lu Qi clearly understood it, but even Lu Qiyuan did not have enough authority to ask this movie director for a favor.

Even though the Lu family was rich, they still lacked behind in terms of their standing in society.

Lu Qi had called Lu Man to the meeting as well, but he had barely spoken before he started touching Lu Qi inappropriately, and even wanted Lu Man to join in. Lu Qi then decided to have Lu Man stay behind and entertain the director, with her leaving first.

Of course, Lu Man had refused and started to push and shove at Lu Qi. So in order to make Lu Man let her go, Lu Qi had taken the table lamp on the desk and had hit Lu Man's head with it, causing Lu Man to become unconscious.

However, when she had been waving the table lamp around, she had accidentally cut the director's neck with the sharp metal end of the lamp, causing blood to instantly flow out.

As Lu Man checked the time, she recollected that there remained only around two minutes before someone would come in and arrest her.

Her nightmarish life had started from that point onwards.

Just as Lu Man was about to climb out of the window, she suddenly saw the fallen table lamp by her side.

In her past life, Lu Qi had made use of the time when she was unconscious to wipe off the fingerprints belonging to Lu Qi and change it to Lu Man's fingerprints.

Also in her past life, she had not woken up that early. Even after the hotel staff had entered the room, she had still been unconscious, and the table lamp in her hand had become the evidence that she had harmed the director.

However this time, Lu Man cleaned off the fingerprints on the table lamp, and surveyed the surroundings carefully, confirming that there was not even a single strand of her hair remaining.

Just when there was less than a minute left, she climbed out of the window.