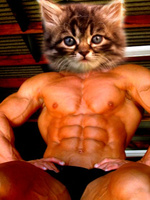 Aspiring musician Lance awakes one night to hear a voice. Someone warning him of danger to come. Someone telling him to start running, now.

Lance has no choice but to shrug off the event as something of his own imagination, but upon falling unconscious, he is kidnapped and injected with deadly cells from a race kept hidden from humans, a race kept secret.

Zidane is a crossbreed of Razalek and Spiro, a breathing hybrid that shouldn't exist. There's too much hatred between the races; there's too much bad blood in his veins. But he needs to save Lance's life.
He has too much death on his hands already.

However, Lance isn't so easy to trust him. So, with a question, he's teleported into Zidane's mind and introduced to a world of magic, racism, and everlasting love. Memory by memory plays, giving Lance answers to his question. Giving him every reason to trust.
He has no choice, after all.

Lance only felt Zidane's pain, aches that added to his own. If only they'd tried harder...


As the last few layers of his skin began to regrow, Lance knew the statement was empty. The words had lost every meaning, replaced with nothing but agonizing reality. They'd lost, plain and simple. It just wasn't an easy thing to face.