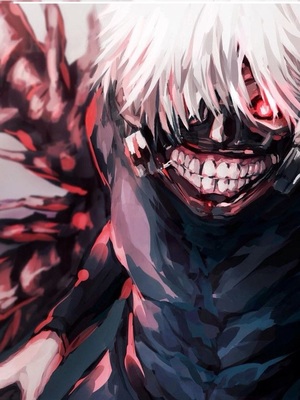 You can see anger in the face of the boy reading manga. Nobody knows the reason for this. But really?

"There are so many girls that could have been conquered by her. But he is still sticking to a boy!!". The boy said angrily. Ofcourse he still doesn't know that the boy Yuhao is with, is actually a girl, and the daughter of a god at that.

"Aya-aya, can't be help then" The boy said while getting out of his apartment towards a nearby stall to buy a cup of noodles.

A high pitch sound of an engine of a high speed car can be heard rushing while sirens are following it. Any normal humans without brain problems could understand that the car that is followed by police, has done a crime.

"Shit" The boy said with a nervous expression.

A head of a man can be seen in the side of the crime's car yelling. "Get out you fucker".

But how could the boy move when face with this situation? He was just a shut-in without exercise, how could his reaction speed be faster than a car whose at top speed?

The boy lost consciousness as well as his own life.

"Ugh, where am I?" The boy slowly open his eyes, but darkness greeted him. It's blacker than black. He can't explain it, but it's darker than any black objects he has seen.

-Hello child- A Entity could be seen forming by dust rotating circular motion forming a face with no distinguishable parts.

-You can call me that-

-Well your in the realm of life and death, well let's get straight to the point, chose where you want to be reincarnated and let's see what i can give you-

"Can i still go back to earth?" Asked the boy with hopes even though he still knows the answer by reading those fanfic novels.

-Unfortunately no, I can't tell the reason due to rules, but it's not possible-

With a disappointed expression, the boy said "I want to reincarnate in the world of Douluo Dalu in the same timeline of Hao Yuhao as Kaneki Ken, my spirit essence shall be kagune, a body type spirit with abilities of a ghoul"

-That's it? If that's all I will reincarnate you now-

Please give ideas for further improvement. :*