In Library Add to Library
sign in
25% Divine Quantum God / Chapter 1: Chapter 1:The Kind Old Man and The Lone Baby 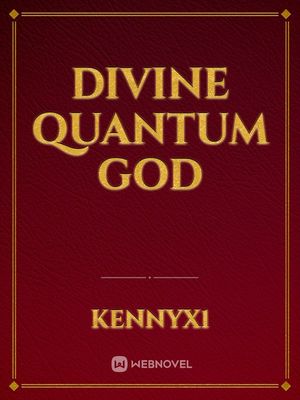 Chapter 1: Chapter 1:The Kind Old Man and The Lone Baby

It was storming out this day when a baby was left behind in front of a village.

A old man in a black Pao was on a journey around the kingdoms under the red luan empire when he arrived at the village and saw the baby.

The old man's name was Lao Feng he went up to the baby who was at the front of the village to see if he could find anything about the poor thing.

When he went up to the baby he noticed a coiled dragon necklace on the baby he also saw the baby was a boy but he was not crying he was just looking up at the stormy sky.

Lao Feng decided to take the baby in as his own as he was all alone in the world just like the baby boy Lao Feng was old and he out lived his own kin because of his cultivation.

Lao Feng decided to name the baby boy Lao Long he thought it was a good name for this baby who had a coiled dragon necklace around his neck.

He went in the village and sought out a Inn, when he found the only Inn in the village he went inside and asked for a room that only cost him two copper coins.

It was the next day and Lao Feng continued his journey of the kingdoms but now instead of one now there was two on the journey him and the baby boy.

Lao Feng was surprised because Lao Long did not crying the whole night he was quiet during the whole night not even making a single sound Lao Feng once thought the baby was dead if not for the sound of his breathing he would of thought so completely.

It's been a week sense Lao Feng picked up little Lao Long and the only sound he made was the cry when he was hungry other then that there was no other sound the little baby made.

It was now a mouth sense he picked up Lao Long and he seems to be making more noise now it seems the reason the baby made no noise was because Lao Feng was a stranger to the baby now that they have been together for a month now the baby is opening up to him now.

The time of the year was the middle of spring so it was fairly warm out today was a nice day with a light breeze every now and then Lao Feng and Lao Long were by a Riverside Lao Long was in the shade of a tree while Lao Feng was fishing.

Now it's been a year sense the two meet and Lao Long has been trying to crawl around and play with Lao Feng during the day at night the old man and one year old sleep together to keep each other company during times of sad memories.

Lao Long is now two years old and can walk around with no problem other then when he tries to run after Lao Feng in the fun game of tag were he usually falls down every four steps of running it was so cute that old Lao could not help but lough and smile at the two year old.

Lao Feng is really happy that he took in this little guy every day before he took in Lao Long was a day filled with sadness a sadness which no one can understand unless you yourself are the only one left of your family.

Lao Long is now five years old and can talk now but he still keeps quite most of the time the reason is because there are not that many places that the two go to that have kids his age to play with.

"Grandpa Feng can I play with the other kids when we get to the new city that we are heading to." asked Lao Long.

"kiddo you can play all you want but be sure not to cause trouble for the others with your crazy ideas again." said Lao Feng.

The reason Lao Feng said that is because for the last few villages and city's the kid made a lot of trouble with ideas that he can't even begin to describe.