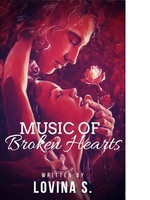 Vikram Singh.
A billionaire and powerful businessman, but is a man of his words. Nobility is his finest trait and honesty, greatest treasure. Today, he is standing at the top of the world, but only a few know that how much sacrifices he has made to establish the Empire.
When he walked through flames of life to touch the sky, he turned cold.
At a very young age, he understood that world wasn’t composed of fairy tales. He learned that the stories which mothers tell their children before bed were false. They were fabricated to scare them and teach them a few pathetic morals which carry no values in the real world. He watched the truth, love, and losers in the world getting crushed under the cruel and fake people.
The kindness in his heart burned to ruthlessness. So, he pulled the walls around him.
But till how long this strong exterior could be maintained? What will he do when Tara, an innocent girl will enter his life like a storm and break those walls exposing him to her eyes.
Tara Gupta
She is an angel with her wings shackled. A warm person walking on eggshells with her bleeding heart on the palm. Her eyes held tears of past, punctuating the agony of soul. Beaten from destiny and tired from life, her heart took the torture of demons that caged her.
Will Vikram be able to break the bars that restricted her flight or walk away like thousand others?
What will she do?
Will she accept all his scars or wound him even more, breaking him further, for forever.
It is maybe a cliché story, but its story of two broken hearts seeking a home.
Let’s see how long someone can suppress their naivety of hearts.