/ Fantasy / When Everything Finally Ended 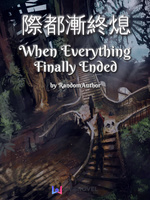 When Everything Finally Ended WEFE

It was a special day. The troops from both sides were mobilized. The two most powerful Kingdoms of the continent were finally going to put an end to this centenary war. The echoing sound of the war-horn announced the death of thousands of soldiers. In an instant, the magical artillery of both armies had already etched eternal scars in the Earth that birthed them all.

It was that day that everything had ended.

An eye for an eye and a tooth for a tooth. The Earth, Mother and Host of all living beings, finally answered the repeated attacks of her offsprings. She released a powerful growl, and a cataclysm ensued, opening the valley in two. Immediately, the mountains collapsed, the sun disappeared and the sky darkened. As if it was announcing the beginning of the end, nature unleashed her wrath on the poor men that inhabited this continent.

From its depths, the Earth brought forth ghastly men-hunting primordial creatures. From their nightmares, she gave birth to frightening monsters of the night. The food chain was quickly reversed, and the majority of the human population was eradicated.

Indeed, men could no longer pray to their Gods, for even They are unable to invoke her mercy.

That day, Mother Earth crushed the reign of the human race. The moment they dared to defy her... Was When Everything Finally Ended.