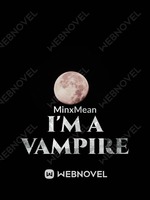 Back in the Forgotten Days, Mankind lived in harmony.
There were no wars, no fighting, and everyone was living in peace.

But one day, A Being was born from the accumulated of Evil from all living being.
That being was called as Demon God, who bring Chaos to the peaceful world.
The surrounding of Demon God was tainted by the Evil Miasma it released and the animal that have been infected by it was turning into a fearsome Monster.
Gaia, The Mother Earth, tried to stopped such being from destroying the world with it's Army of Monster by creating a being to defeat it by exhausting all it's power.
When such being was born, Gaia has fallen into a deep sleep.

True Ancestor, The King of Night and The Creator of Kin, with it's powerful abilities was able to finally sealed Demon God into a Different Dimension with the supported from Human and it's Kin.

The human and True Ancestor finally bring peace to the Chaotic World.
But that was not the end of it.

Currently this story is on hiatus, I'm sorry about it.
I'll surely pick it back when I've got the time and everything.


If you like my work, do support me at:
Patreon.com/NeetGuy
Ko-fi.com/minxmean