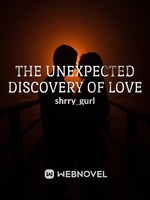 The Unexpected Discovery of Love TUDOL

Kim and Carl met at the worst point of their lives. Kim was a young lady who had only recently moved out of the orphanage, she was met with financial difficulties when her boss refused to pay her while Carl was accused of a crime he did not commit and was kicked out of the house by his father with nothing but the clothes he was wearing.

Carl doesn't believe in love because of his father, Kim on the other hand, was excited by the mere thought of falling in love but her past hinders her from fully trusting anyone. By fate, they ended up living together, sharing dreams and building their empire.

Carl saw Kim who just took a shower, he gulped. She was looking so fair, he wanted to adorn her with kisses. "Come here," he said. Kim moved sheepishly to him. Her heart was racing. Each step she took towards him only increased the expectation in her heart as she anticipated his next move. He wanted nothing more than to take off her towel.

They've been married for quite some time, but he hadn't made any move amid her seduction because he wasn't sure of what to do and where to begin. He wanted to know how to please a woman, so he got a book, he had been diligently studying it, it seems it was time to put it into practice.