/ Sci-fi / Chains Of Pride (The Ascending) 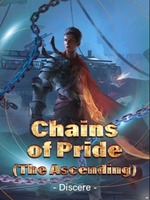 Chains Of Pride (The Ascending) COP

In the year 3031, technological advancements had moved forward leaps and bounds. Humans as always, are reveling in their achievements. However, what if, in this world that we live in, there were humans farther along the evolutionary path? Watching us, living among us, possessing abilities that were near god-like in their display. Power that posed a danger to those that wield it. Taliums, are the names given to these gifted ones. They are policed, observed and recruited under the watchful eyes of The Organization.

Yet as the emergence of Taliums are kept under wraps by the enormous influence of The Organization, it serves another purpose. Locating, containing and destroying the Blites, , monstrous beasts that exists in this world. The one thing able to truly harm a Talium. They are a danger shrouded in mystery. Where did the they come from, is there a greater danger on the horizon? If so what is their purpose, what is their goal?

Kia, Lanzo and Gero are social outcasts among their peers, until they find themselves thrust in this group hidden from the public eye. But just when they think that this is where they belong, the learn that even here they are beyond the extraordinary. Why?