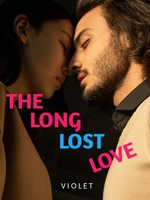 Have you ever thought, what will you do if you meet back with your first love after separated for years and suddenly you were about to marry your own childhood crush because of some unexpected event?


This is the story of two people who had a secret crush when they were still young. Because of some tragedy that happen at the same time, they both take their own path and never cross each other way for the pass 11 years.


11 years later, they meet again. At the wedding, which is supposed to be her sister’s wedding day. Fate and destiny has their own way to make these two meet and bound them together again.


Along the 11 years that they have been separate, so many things have been change. Little by little a secret from 11 years ago start to revealing.


“Aslan, did you have any girlfriend right now?” Richard ask making Aslan who just drink his juice suddenly choked a bit.


“Uh..” he want to say no. But it feels like he had one. Even though he never said anything to Jye Yin, but their relationship more likely looks like a couple.


“Adrian already married, I had only two daughter left. One already run away, so the only choice I have is..” He turn to look at Athena again.


Athena know what his father meant, so she bit her bottom of lips.


‘Relax..it just for helping my family. Nothing could go wrong from doing a good deed.’ she try to calm her heartbeat right now.


“One side is settle, then the problem is..where do I find the groom?” Richard finally let out his worries.