/ Romance / The one I've loved 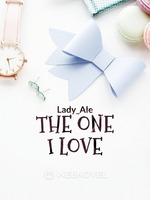 The one I've loved TOIL

////Most of us have or had a crush when we were in school ,to whom we never proposed because of the circumstances or sacred of being rejected by them .Instead ,we choose to keep it as a secret ... Just one glance at our crush would make our day ...having a crush is incomplete without having a friend with an brain a good heart


The place where I was standing , it was silent yet a perfect bliss. I saw the moon was shining bright and the stars twinkling in the sky , the roads were empty with flickering streetlights and children were playing . I could hear the sound of breeze and the trees swaying in a rhythm , it made me feel euphoric .

I was startled by hearing a voice from behind , it was a voice which makes my heart flutter . And in that silent night hearing his voice made me feel like a morning coffee which was deep and addicting .

I knew who it was , I turned back and looked at Austin. He wore a white shirt and a black jeans , his thick black and light brown hair was shining as always .