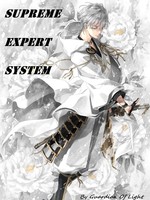 This story is about a youth named Tian Chen who suddenly caught cancer at the age of 10 and had been hospitalized for 8 years until he died at the age of 18 by not being able to hold on any longer. When he died, his soul was miraculously transferred to the world of Martial Origin world with a system. In that world , only the strong could survive so he had no choice but to become stronger with the help of the system to be able to live a life he wanted.
Watch as he tries to find happiness and building a sect that would be feared by existence for eternity. Obtaining the powers of a supreme with the help of the system.

No Harem, No NTR

NOTE 1 - This Novel is the improved version of Supreme expert with Supreme System and I hope You all will like it. Also there might some changes to the story.