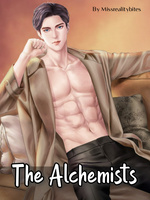 [All stories in this book have sweet beginnings and happy endings]

"Yes, Master had a lot of women in the past. But he never took them seriously. Master only had one fiancée, but after many years, he was still unsure if she was the right woman to marry, so she finally left him. "

"Oh, rightfully so. Why stick around a man who is not able to give certainty." Finland said quickly. "How long did his fiancée wait for him?"

Ever wonder how immortal people live in the modern world? Read their story in this book series with 3 volumes:

Each volume is an independent story that can be read separately.

WHAT TO EXPECT FROM THIS NOVEL:

1. Twist and turns and unexpected plot. A bit of action, a bit of romance, a bit of adventure and mystery. The main characters are actually both male and female, but since I had to choose I went with female lead.

2. Heartwarming stories and love for family. The main theme is NOT romantic love, but in Volume 2 you'll witness one of the most passionate love stories and chemistry right off the bat.

3. Unique characters, e.g. 570-year-old immortal botanist who is expert on medicine and poison and he used to work as a famous pirate in the Caribbean which you can even check in Google; 438-year-old ex-womanizer who leads a business empire but prefers to work as a doctor; an immortal who doesn't know he is an immortal and was the most feared assassin before he founded an AI company; the world's best hacker who disguises himself as a student, etc.

4. Science-fiction setting since the novel progresses from 2018 t0 2050. You will have fun reading about the future where people use driverless cars, Virconnect to meet people in 3D, Holodeck like in Star Trek, etc.

5. You'll read many interesting trivia about the world e.g, do you know why Steve Jobs only received $1 salary from Apple? Why male and female shirts have buttons on the opposite sides? or do you know Einstein was a jerk?

6. You will also travel around the world with this book to Singapore, San Francisco, New York, Paris, the Amazon, Switzerland, Iceland, Romania, etc.

8. Steady update of 2 chapters per day and occasional mass release on weekends.

If you liked what I do and wish to support me: https://www.paypal.me/Andriyani