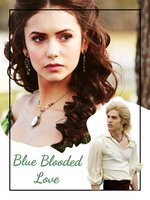 Arabela is every mans' dream.
She is the ultimate crush, extremely beautiful, powerful, wealthy beyond compare, talented and intelligent. She has everything, even the word,
"A T T I T U D E".

Further, everyone knows she came from a Noble Family that makes her the most sought one despite of her arrogance.

No man has ever won over her. She never let any opportunity to occur. Whenever guys confesses to her she immediately turns them down. Whenever guys are mooching and flirting to her, she easily cut them off and never gives any chances. For her, Men are the most annoying creature.

Alexis Rohan had enough of this modern day women. He believes he'd rather be alone than to have a morally rephrehensible one. His friend Ralph brought him in a club which he learned about Maria Clara, a feminine epitome for Filipina. Because of some sort of accident he and his friend decided to look for someone like her. With unimaginable descriptions of this lady will they be able to find one? Or will they find even more of what they had expected.