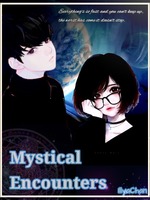 What would be the world like when humanity has supernatural abilities?

This story revolved around a young girl named Irvene whose entangled in the world of magic. She strived to live and become the strongest.

However, she's known to be the weakest.

She's known to be an orphan, fragile, poor and a girl without knowledge

Yet she goes through the forest, she builds her home and she knows alchemy.

What is her true identity behind her innocent facade?

The story is a fantasy with a bit of mystery but they're still on planet Earth. The protagonist is struggling to find the truth behind the ruler's disappearance and the traitors within their country.

She will be accompanied by Vaughn Estrama, Sid, Meryll and her other friends in solving their country's problems.