/ others / Watcher of Reality 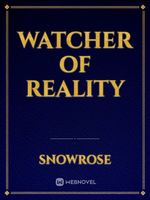 The memories one possesses can define someone's very existence. Yet for one being, it is he, who gives definition to memories. Having spent eternity, viewing the lives of billions of entities, some could be young, others old. Many were the lives of Humans, yet others could be any manner of beast. It wasn't long before the beings true self was lost. He no longer knew who he was, how much time had pasted, or what had happened to his body. All he remembered was sealing away all but one set of memories in an attempt to regain some form of identity.

The identity the being suddenly found himself in, was that of a normal human boy, by the name of Nathan. Yet as a repercussion of sealing so many memories, the only set he didn't seal, belonging to the human child, became jumbled. Now rather then stuck with to many memories, he found himself with a lack of memories, including the way to unseal them. In a last ditch attempt to protect the final spark which defined him, he sealed his soul within a miniature world, a world of dreams, which would hopefully allow him to restore some of the jumbled memories.

Slowly time passed and his plan was working, however, one of the beings in charge of judging souls took interest in him. Breaking him out of the world, and granting little Nathan's wish. Something which he believed he could have done without. Yet will look back on, and be grateful for.


Disclaimer:
This is a work of fiction that draws heavily upon the original source material of Douluo Dalu. I claim no rights to the ownership or credit or pre-existing characters or content.


Author's Note: This is a Douluo Dalu fan-fic about a young boy reincarnated, with op cheats, due to the whims of a powerful being. This book will be the main anchor which connects the universe im hoping to create so i hope you all enjoy, and thanks for your support!