/ Eastern Fantasy / The Way of the Sword (BL) 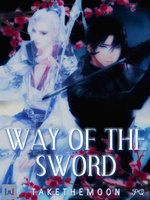 The Way of the Sword (BL) Sword

Zemin Yan is an orphan who lived on the streets, until the day that the Celestial Sword Sect makes large-scale recruitment in which even the beggars were analyzed in the Qin Empire.


He who lived in an isolated village had managed to pass through the most difficult examination of the sect, but even so, his talent was the only medium. At best his prospect was to reach the intermediate-level Aurore Core realm.

Zemin Yan was happy with this prospect, after all, he was just a humble mumper, over time, he learns to read and write, he even grew a little taller, but his physique was delicate and flexible, not pretending that he was a martial practitioner, thus generating mockery on the part of his colleagues even a strong bullying.


However, Zemin Yan didn't care and always went ahead with optimism, until the moment that was allocated to be assistant of the greater cultivator of the young generation of Celestial Sword Sect.

Zhong Liang is the supreme talent of the Heavenly Sword, he is tall, handsome and powerful, he is the dream of all women and the goal of all the boys. He is loved and appreciated by all but remains with his cold character and his expressionless face.

Because of his Swordless Dao, Zhong Liang was getting colder, indifferent, and cruel, so his Master, fearful that he would turn to the demonic cultivator, decides to put three young disciples to serve him and keep him company, whether in missions outside the sect or even in as servants of this great prodigy.

The Master of Zhong Liang wanted him to develop some kind of bond that would prevent him from getting lost in the path of the Dao of the Swordless Thrill.


Unfortunately, Zhong Liang doesn't agree with his master's vision and astounds all the young disciples, only one remains he is as firm as a sword stuck in the ground, this disciple is Zemin Yan.

"Senior Zhong, do you want grapes or apples?" Asked Zemin Yan with his typical silly smile.

Zhong Liang didn't respond and continued training with his sword, he just ignored the existence of this young disciple.

"So it's going to be grapes," Zemin Yan said without even letting his mood fall, he had already grown accustomed to the lack of response from his senior disciple.

When Zemin Yan came back to call Zhong Liang for dinner the grapes were far from visible, which left Zemin Yan with a silly and contented smile for the rest of the night.

Thanks for the support!