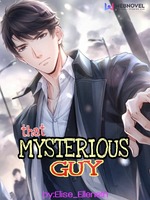 Deana Reynolds is a famous Vlogger in the Philippines. She was known for her adventures and good deeds in less fortunate children. But being a famous celebrity, gossips and rumors will be her last name.

But the most painful and disappointing, is her very own boyfriend lose faith in her.

Jason Estrada. Meeting Deana is love at first sight. To able get close to her, he began following her and stalking her.

She said yes when he courted her and proposes to her. However, his family company is on the verge of bankruptcy. His mother decided on his marriage and arranged it with her best friend's daughter.

Pressed between his family and the woman he loves, he needs to make a choice.

Spencer Lenzburg Anthony. At the age of the early 30s, he proves that he can save the company he inherited from his grandparent's business, Anthony's Group of Companies in the Philippines, leaving behind being an heir of the House Lenzburg.

He witnesses how she get through growing up when life keeps knocks her down.

Unconsciously, he becomes overprotective-assuming-big-brother to her.

Hiding Behind the Scenes... she annoyingly hates this guy for always been shadowing her.

She wanted to have freedom on her own but can she really escape?

When he is a reliable Hero she cannot ask for more.

Can't get enough CEOs? Then welcome to another CEO Fever! hehehe

Notice: If you immediately check the Chap 1, you can skip that and jump to its English translation in Chapter 2... so on, the rest is written in English. Welcome and Thanks!

Add me on discord for interaction: Elise_Elleneth#8761

Anyone interested, Join my Discord Server! DM me for invite requests.