/ Contemporary Romance / Queen Of Hearts Is The CEO's, Mysterious Love. 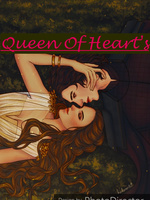 Queen Of Hearts Is The CEO's, Mysterious Love. QoH's

Lu Jianjun stared at her naked back as she sat up clothing herself in sheets and darted towards the edge of the bed, wincing and moaning. "Ah...Jun, my body," she accused him.

Wrapping his arms around her waist, he nuzzled his face into her skin and coaxingly kissed the scanty of her back.

Instantly alerted, she turned around to stare at him with worry, "No, not again, we're not doing...hm...," but her mind was muddled with his stiffening kisses and her heart refused to reject him.

And she found herself back in his arms beneath his body like an unbreakable cage.
...
A top-notch and former data scientist resigned from an intelligence agency. Her identity was kept secret but after a few months, she was deceived and shot dead.

Anyways they didn't know her real family background. She was a capable heir of the world's richest corporation.

As it said, Fortune favors the brave and proving it right.

Mei-Xing opened her eyes as an old lady called her: Li Na.

Li Na? What the Fuck? Is this what people called a miracle!

She died and restored but lost everything... a loving family, her identity and most importantly an unusual love.

It's her new adventure loaded with love and lots of fun with her friends and mysterious love, she raised herself from the ashes.

She couldn't believe she could be foolish. Nor she accepts to die cowardly. With all ups and downs, Li Na(Mei-Xing) craves to avenge her grave.

Whatever the reason and whoever the backstabber is? She'll let them know who's the real queen?
....
Meanwhile, Lu Corporation's Charming King Lu Jianjun was puzzled. Is she for real?

The bundle of a burden he owned was not the same. It's was as if her internal color and form were completely changed.

Whenever he saw her she seemed different!

Like a mystery for brain and an answer from the heart.
......

Satisfied, Beast smiled, he leaned and kissed her forehead. The sleeping beauty smiled and wrapped him in her arms.

This is a tale is about their path from ending to the beginning.