/ Contemporary Romance / Is this destiny? 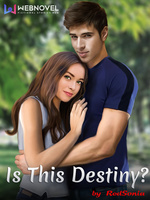 Is this destiny? Destined

The higher you climb, the bigger the obstacles are.
This is a story of three Hill sisters who want to reach the top because that is the only way to protect their hapiness.

While navigating through their challenges, Sophia, JoAnna and Sarah are faced with discovery that their maternal side of the family is not simple. The only thing protecting them from being pulled into that world of darkness is their mother, but they can’t trust her completely because she is hiding things from them. And their father is not simple either.

Sarah is an introvert who prefers not to attract attention and does her best to stay away from gossips. She believes that her biggest problem is the existence of hacker Omega who claimed first spot in a hacking event which Sarah believes was hers to take. She finds her world shaken when the most popular guy on campus starts talking to her. What does he want? Why her?

JoAnna is a medical student with a bubbly personality. She is wondering if her prince charming will ever come, unaware that long ago she attracted attention of her mentor who is just waiting for his chance to approach her. Is he her prince or her nightmare? Out of many patients who sent her flowers, one is more persistent than others. No matter how much she tries not to think about him, they end up bumping into each other. Can it be coincidence or is he a stalker?

Sophia is a confident CEO who knows how to get what she wants. Previous relationship broke her heart and she has difficulty getting over it completely. She is focusing on growing her company and convinces herself that nothing else matters, until one man invites her for a coffee, and she accepts on a whim.

Every sister is different, and so are their relationships.

They all have in common: trust and belief that if they work together, anything is possible.

***SPOILER? - START ***
Story starts with a focus on youngest sister (Sarah).
After about 100 chapters, the oldest sister (Sophia) gets in the romantic spotlight.
The middle sister (JoAnna) finds herself pulled into romance last.
***SPOILER? - END ***

"Do you believe in destiny?", she broke the silence.
"Destiny?", he didn't expect such a question.
"Yes. The thing that is meant to happen, and there is nothing you can do to prevent it. And when it does happen, everything feels right."
"Why would you ask me such a thing?"
"Until few weeks ago I would say that there is no such thing as destiny. That we are all masters of our lives and that everything depends on our actions, or lack of it. But I can't help but wonder: why did I not push you away? ... Why does it feel like everything will be OK as long as we are together? ... You are a piece of me that I never knew was missing. Is this destiny?"
"Mmm... if that is destiny, then I approve it.", he lightly kissed her shoulder and rested his chin on it.

Comments, votes and reviews are appreciated!

Thank you for reading!