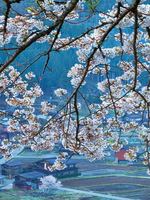 *cover is not my picture

Jade Lu was brought up by her grandmother, the Matriach of Lu family. Her parents dislike her and thinks she is weird while her siblings saw her as eye sore who took away their grandma's love and attention. Her parents did not know how to deal with Jade who suffers from Asperger's syndrome, a disorder that shows impairment in social and emotional cognition. Under her grandma's support and love, Jade grew up to be beautiful, talented and successful but still socially awkward and a loner. Jade's perfect world crashed when her grandma (Mama Lu) died leaving her all alone in this world along with the Lu business empire.


Fate is a strange thing. Just when she thought there is no reason to go on living, she caught the attention of a cold and heartless man. What happens when a socially challenge woman meets an ice cube? Can they find solace in each other presence? Can he protect her from her vicious family members that hated her?

Excerpt from one of the chapter in this story:


Derek: Then I'll be there. Since that night, I have made my mind up that I'll be wherever you need me to be.
Jade: Are you sure, you are the same rumoured Derek Lee, the demon prince, cold, unfeeling, vicious and etc. The list is just too long for me to type out. Oh, I forgot to add, man of few words. From the moment, we met I think you spoke more than I did. You are quite a talker. Are you an imposter? ?
Derek : Before this I never met someone like you. Those people that I meet usually don't deserve this side of me. Maybe when a demon meet a demoness the effect is opposite? ? Well, you are one to talk as well, aren't you the ice queen? The one who dislike physical contact but who is it that loves my chest so much? ?
Jade: Well.. when an ice cube meets the ice queen in a place like Sahara desert, won't the ice melt? Go to sleep, okay? I am ?. Sweet dreams.

"Ok, I accept. Are we friends? You will be my first ever friend then" "To be honest, I want to be more than friends but I'll take it slow but since knowing you I can't help sigh that I am no longer young." She looked at him in disbelief with eyes wide open. "Am I scaring you?" "Mm, you mean to say, you want to be more than friends? Meaning?" "I always wanted to do this" He said as he closed in on her face and his lips met hers when he lifted her chin up and kissed her. He was clumsy because it was his first time and she was as clueless as him. They followed their instinct instead. He slipped in his tongue when she parted her lips and they stopped when accidentally bit his lower lip and tasted the metallic flavour of blood. They were left breathless. "If we were only friends, I am not allow to do that or hold you real close to me.....

p/s this is my second attempt at writing, I deleted my first story due to lack of public interest and lack of proper planning on my behalf. however, this story is different because it is definitely more structured and written with an extra passion.