In Library Add to Library
sign in
2.85% City Lady-Killer: The One with the Heavenly Hands / Chapter 1: A Thousand Calls; A Thousand Entreaties 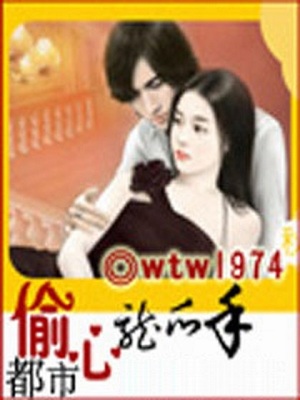 City Lady-Killer: The One with the Heavenly Hands

Flame River is a river which has a vast river bank traversing endlessly since antiquity with a steady rhythm. It nurtures the surroundings with vitality and fertility without limits. Wandering minstrels and bards have created many songs to eulogize this large mother-like river. However, she has never felt moved concerning those praises and just continued streaming steadily from the green rugged mountain range which was her source — flowing majestically at high speed until she merges into the sea, never to return.

In the central plain region, located at the bank of the Flame River, is a place surrounded by layers of mountains. It's filled with tall ancient trees that reached towards the sky and bamboos swaying gently in the wind. The creek water whispered in the valley, creating a large pond within. Here, there were strange caves, a deep ravine, a large pond, as well as an ancient lake. There was no lack of historic sites and beautiful sceneries which had an inherent mystique to them. It was a place with hidden dragons and crouching tigers, a land blessed with fortune and glory by heroes.

The hills stood tall and high, demonstrating their fascinating magnificence while a waterfall poured down from the sky among the ranges of mountains, with grace and splendor. Brimming with vitality is a verdant forest blessed by the wind, rain, and snow all year round. Green pinewood trees covered Flame Peak, and as the mountain winds blew past them, it resulted in a whistle that spread throughout the summit. Seeming as ferocious as the bellows of great waves; the soft murmur of running water had an endless implicit charm in its rhythm. The autumn scenery of the hills covered in red autumnal leaves was evermore fascinating.

The topography of Flame Peak was precipitous and steep with beautiful summits providing different points of view that could be found anywhere in the mountains. Climbing above the hilltop, one could see dark green mountains all around as well as a sea of forest rippling along with the wind. Through the misty fog, an ethereal like scenery that seemed to be made by the heavens existed, enchanting anyone who lays their eyes on it.

Flame City, with mountains on one side and water on the other, surrounded by an enchanting scenery and a land filled with abundant minerals, it controlled a significant route and thus acted as a regional hub in the central plain. Since ancient times, strategists have always aspired to get hold of blessed lands, and now, it was evermore true to obtain that land to develop the economy and establish an industrial enterprise.

The summertime green was akin to the black ink brushed between heaven and earth, portraying an elegant picture under the blue sky and white clouds. A pleasing dark green reflected into one's eyes at times or perhaps light green at other times. Growing out entirely from the yellow foundation at the bottom, all of it was so verdant and lush, without any superficialness or immaturity, presenting the crescendo of their life to the utmost. It absorbs the warm sunshine with passion then breathes out a long and pure breath that provides you a crisp and pleasant divine air within this kind of green asylum, enabling you to enjoy the coolness.

But some days, the weather becomes unstable and dark clouds filled with flashes of lightning kiss the afternoon skies. The lightning inadvertently reveals a tender-hearted sight; the thunder is their merry laughter, and the rainbow after the rain is the crystallization of their love. The blue sky, white clouds, and the magnificent rainbow weave the most beautiful midsummer day's scenery.

On this beautiful day where the breezes blow past gently, right at the time when the tender green receives the love of the red, a red Ferrari slowly proceeded into the Golden Bay District and stopped in front of a multi-storied building. The door of the driver's seat opened, and a slender, fair leg wrapped in skin-colored transparent crystal stocking came into view, slowly dropping onto the floor with grace yet also brimming with enticement, instantaneously drawing in the gazes of all the passersby.

A mature beauty emerged from the car gracefully. She wore a sleeveless Chinese-style dress which had designs of red flowers and white leaves on it. Her curves were well developed and shapely while she possessed an hourglass figure that brought justice to her slender waistline which emphasized her glossy gem-like skin. Overall, it provided her with an elegant and imposing bearing.

That original national beauty of hers looked even more lovely due to the light makeup she wore, making her look so pretty that people didn't dare to look at her too intently.

The close-fitting stand-up collar, sleeveless dress tightly wrapped around her voluptuous body, making those fully rounded breasts seem rounder. The two crimson peony patterns designed at the location of the breasts on the dress seemed to give off an ample three-dimensional feel. The dress naturally tightened up below the ribs then loosened up around the buttocks, perfectly outlining her uncontainable slender waist while emphasizing those smooth and round buttocks of hers. The hem of the skirt barely reached her knees, and the open slit in the dress reached high till her thighs. When she walked, those breasts trembled slightly, seemingly ready to appear at the call. Her underbelly protruded out slightly, and while her legs swayed front and back, the intermittent triangle zone at the front and the buttocks at the back brought out her charm as a fully mature woman.

Yang Shimin - She was already 42 this year yet only looked around 30 years old, still possessing a magnificent style unmatched in her generation. She aged slowly and was still attractive. Her limpid eyes possessed a mien which could thoroughly captivate any man. She had a fair, rosy face and while the corners of her eyes had faint marks of wrinkles, they didn't lower her elegance yet instead added to her mature, elegant, dignified, and beautiful appearance that of a middle-aged pretty woman's.

The Su Embroidery Chinese-style dress, those bountiful peaks of hers, that snowy leg covered in skin-colored transparent stockings exposed outside at the slit of the dress and those milky white high heeled shoes - all of it seemed to exude a dignified grace. From her appearance, it was clear she didn't care about her external image at all. Her pretty eyes wandered around, and as she looked around, the place seemed to brighten up. It was evident that she lived an aristocratic life like that of a princess as her graceful, virtuous, and elegant temperament leaked out from beneath the surface. As the mature beauty walked, her willowy waist swayed left and right, and the dress dug into her plump buttocks tightly, making them stick out with perfect roundness. Her slender, fair legs exposed themselves outside at the slit of the dress as she walked. The skin under the skin-colored transparent stockings was very fair and dyed in an alluring pink as the sunshine shone on it. The lace border of the stockings on her thicc thighs was faintly discernible and paired together with the milky white high heeled shoes, that graceful, virtuous and elegant look of hers now had an erotic appeal to it, brimming all over with a mature woman's charm and amour.

Yang Shimin climbed up the stairs and arrived in front of Flat No. 303 before pressing the doorbell switch.

"Little Linlin misses her cousin so much eh! Has our little beauty's head gone bad after hearing that your cousin, Tianlong, is returning home today after graduating? You've come running to your maternal aunt's home so fast! Qianqian is tense from senior high classes so she couldn't come over to accompany you. Where's your mother and elder sister?" Yang Shimin pinched Cai Linlin's fair and cute cheeks while giving a lovely laugh.

"Elder Sister Qianqian is a beauty, and Aunt Yang is a great beauty! Hehe!" Cai Linlin wore a pale yellow T-shirt paired with bright denim shorts below which covered her slender and elegant, delicate body which caused her graceful, womanly lines to be faintly discernible. Her slightly wet, long hair hung till her chest from the left while her tender and slender neck seemed spotlessly white like ivory. The little girl's breath seemed pluck at one's heartstrings. Her pretty face faintly adorned with cosmetics, her sparkling skin flushed in the color of sakura flowers and those red lips smeared with a layer of transparent lip gloss. At the moment her mouth opened and closed as she spoke, it caused one to feel the urge to get closer and seal those lips with a kiss.

That slightly baggy T-shirt couldn't cover up her hourglass figure which seemed to resemble nature itself. Her glossy fair skin was flawless, and her lovely breasts stood upright, forming a beautiful landscape at her chest. Her waist was so thin that it looked like it couldn't support her body and her slender legs were springy, matched with a perfectly round perky butt. Her sexy figure brimmed with a pretty girl's precocious appeal.

The short denim shorts wrapped around her butt tightly, making it perk up high, none could find fault with her while those captivating, slender legs of hers laid bare.

With her fair skin which even puts snow to shame, those beautiful soft thighs and slender calves of hers looked evermore alluring. Those pretty feet seemingly carved out of white jade were secured in a pair of pink slippers, revealing those toes outside which looked like the petals of a freshly bloomed lily. Her scarlet toenails flickered at her feet, looking very lovely and adorable.

The little girl looked gentle and agreeable, making others feel comfortable around her. She had a somewhat chubby baby face whose roundness made her look especially cute. She indeed looked similar to her mother, Lin Minyi and her elder sister, Cai Fangfang! Her bright, huge eyes filled with apprehension and her celestial nose delicate and petite while her cherry lips exuded a child's cuteness whenever she spoke. She was born to be a beauty. Possessing such captivating beauty just at the age of 14, it was quite imaginable how she'd look once she grows up.

It was also no wonder. Cai Fangfang looked quite pretty and was publicly known as the flower among the nurses at the hospital, so her sibling sister naturally wouldn't lack in that aspect as well! Only, Cai Linlin's appearance resembled a loli version of Lin Minyi a bit, so it was more likable.