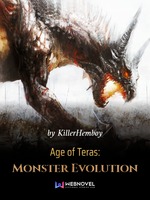 NOTE: Age of Teras is currently on a hiatus. On reading through the material already posted, I realized that I have created an excellent, but highly complicated world with various aspects which need to be merged beautifully for the work to turn out to be the masterpiece I want it to be. Hence, I have taken the decision to sharpen my skills with other books before returning here with enough confidence to do justice to my ambition. I hope you understand.
.........
"A Tera is not just an evolved beast. Teras might have almost ended humanity's reign over this planet, but they were also the reason that we rose up from the ashes of the cataclysm and fought back against the hordes that sought to vanquish us. Whether you're someone who chooses to depend on your own power or one of those who trusts nothing but the overwhelming power of their weapons, you cannot deny this fact."

In the year 2020, a catastrophic event caused an upheaval of the earth's crust which resulted in the end of the industrial age.

A new age was born, where all the species on Earth, including humans, evolved in order to survive.

200 years later, an 18-year-old teenager who had survived for 8 years in a forest with the help of a trusty Siberian husky walked out to find that humanity had integrated itself with these wondrous, exotic yet deadly evolved beasts which came to be called as Teras.

Also, there seemed to exist a "Path to the Stars", where anyone could grow in power in any method of their choosing by defeating a list of increasingly stronger individuals in combat, who would each bestow them with the materials and knowledge needed to get to the next level.

With only a single clue in hand that might lead him to find just who he was, this man began his journey.