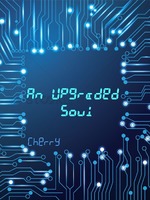 Aditya, a 16-year-old teenager dreaming of becoming a professional Formula racer, currently studying in an international school is dealing with the biggest crisis of his life. He had been informed by the police that his parents have gone missing leaving no clue behind.

To add on to his misery, Aditya has been sleeping 14 hrs a day due to an unknown reason for the past two weeks. He had been dreaming an alternate world where the 'other' Aditya lives the exact same life as him.

But, things became more intriguing when the events in his dream started diverging from his real-life events. For one, his parents did not go missing in his dreams. They were safe and sound. Later in his dream life, Aditya went on to continue his studies in Europe and later became an F1 racer just like he aimed for while in real life, he got himself expelled from his school and started working in a garage as a mechanic. A world of difference.

Accompany Aditya on a journey filled with many impossibilities as he comes in contact with many hidden truths the world is unaware of, in his quest of rescuing his parents.

The setting is mainly focused in India

If you guys want to support: www.patr**n.com/cherrysoul