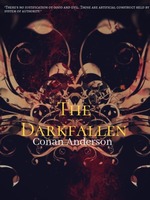 Far away in the future set in the year of 2050 a.c.b, forget the power of technology and science, since it growing rapidly. Forget the promise of progress and understanding, this is the world where is no peace amongst all, only an eternity of carnage and slaughter, and the laughter of thirsting warlords, among all places is TYZ (formerly known as Tokyo) before the second Global conflict, now it is the largest city of this planet, beyond none any.

VX1118, also known as the Blacklight virus, is a voracious disease particularly dangerous to living beings. It can mutate, and even control hosts’ minds in an effort to perpetuate and evolves genetic mutations within its hosts.

The genetically-designed superhumans species who look exactly like normal humans but possess the inhuman agility, speed, dexterity and physical strength. These new breed of evolved humans known as Mutants or Evolved humans are still live hiding along sides of humans for many centuries.

The VX-1118 experiment went failed horribly because that deadly virus accidently spread all over the Futuristic city of TYZ under a Supreme Military Empire and it's Totalitarian Regime.

The virus evolved and created man-eating monsters, zombies from individual humans and many viral infected creatures and monsters were created by the virus. Making the lively city into a viral infected wasteland.


The story revolves around Akagi Shinsuke, a normal 18 years old freshman college student, exposed to an aberration/cursed virus, and now he is more just a creature, instead of dying he is evolving something else.

After been infected, he was still trying to understand about the two races who despised each other and both trying to survive fearlessly in this world and he is stuck in this ongoing Civil War between viral superhumans against imperium super soldiers, what is he going to do next? Is there a place for him in this hell looking city?


If you enjoy this story, please send me feedbacks and reviews. Thank you