/ Romance / I loved you, You changed me 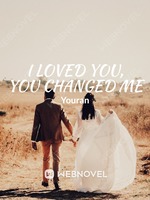 I loved you, You changed me Loved you

Kate Brooke, now 21, having an IQ Of 165 and the youngest woman to be the CEO in her country.

She didn't reach here just by riding some wave of good luck. She worked for it, took the ruthlessness of the world, suffered all the back stabbings that her loved ones gave her.

When she was 17 and still in her high school, something happened that changed her life forever and made her what she was now. She used to be one of those happy go lucky girls. But not anymore.

She used to think of herself as a normal girl, but little did she know, that the conversation she overheard of her mother with someone on the phone, would make her life anything but normal.

He wanted to be her prince, her knight in shining armour, that is, if she ever gave him the chance to be one.

She was best in every aspect, brains, beauty and of course business. But it didn't bother him. For her, he wouldn't mind leaving his company and be a house husband.

If he could, he would let her earn and he would cook for her, clean for her (and her), and if possible also bear her babies.

But at the same time he wanted to destroy everyone who once hurt her.

He wouldn't let them live in peace.

If they thought they could trouble his queen just like that, then they were mistaken!

This subordinate was his queen's slave. He would slaughter the entire world just for her entertainment!

WARNING - THIS NOVEL HAS TOO MUCH ADDICTIVE DRUGS LIKE PUBLIC DOG FEEDING (and sexual scenes). READ AT YOUR OWN RISK.
Also, there'll be some bloody scenes in the later chapters, a warning for the same would be given beforehand.

Thanks for reading my work!!! Love y'all!
~ Kuro Hoshi