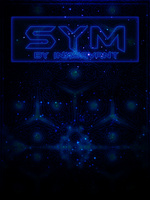 Specimen SR-33 is a silicon based life form found on a comet which was passing through the Sol System.

A science vessel known as the Spade's Hawk captured this life form along with thirty-three other members of this species. Learning of their semi-sentient nature, they were placed through experiments. However when they were all in the same containment unit, SR-33 the thirty-third specimen ate all of the others within forty eight hours.

Following this experiment, they moved onto putting animals in the containment unit. Finding that it widely ignored pregnant females, but attacked males that approached them.

In an attempt to use humans in the next experiment, they used a cloned female human from the planet Mars known crudely as CC-3: Clone Civilian 3.